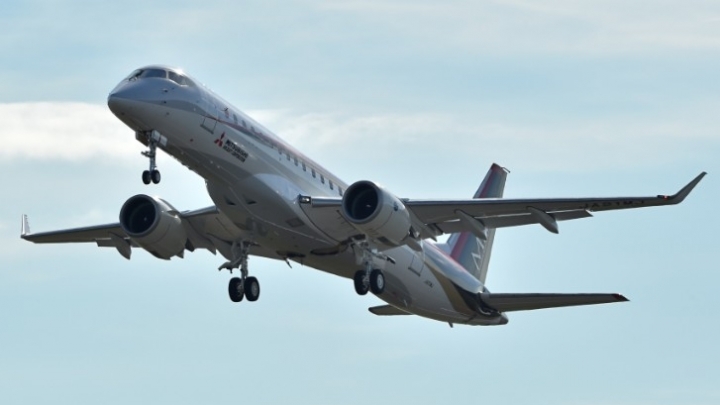 Japan's first passenger jet had a nightmare weekend. The plane was forced to abort two consecutive test flights to the U.S. over the weekend because of problems with the air management system on board, CNN reports.

It's the latest setback for the aircraft, the Mitsubishi Regional Jet, which has already suffered repeated delays.

Built by Mitsubishi Aircraft Corp., the MRJ is an effort by Japan to compete in the global plane-making industry. It's the country's first new commercial aircraft in more than 50 years (the last one was powered by turboprop rather than jet technology).

It made its first flight in November, but the company is now trying figure out what went wrong over the weekend.

The MRJ was meant to fly from Japan to the U.S. to carry out a series of flight tests.

The company has pushed back delivery plans for the MRJ four times in the past seven years. Its first customer, Japan's ANA, placed its initial order in 2008, with deliveries scheduled to start in 2013. The airline now isn't expected to receive the first plane until mid-2018.

Mitsubishi says the jet, which seats as many as 92 passengers, uses 20% less fuel than other aircraft in its class because of its efficient engines and aerodynamic design.