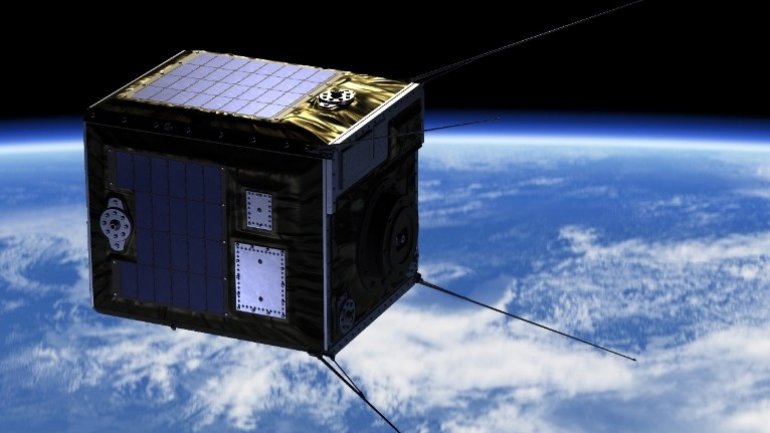 Ephemeral and poetic, shooting stars are among the world's most beautiful natural wonders. But come 2018, these fleeting fireballs will no longer be left to chance.

Japanese space start-up ALE is developing the technology to deliver on-demand man-made meteors, which could turn the night sky into a blank canvas, reports CNN.

"Imagine a future, where you can use our meteors for international fireworks displays, a proposal for marriage, or a special memorial," says Shinsuke Abe, ALE's research director and Nihon University aerospace engineering professor.

The grand showcase for this outer space entertainment could be the opening of the 2020 Olympics, in Tokyo, which ALE is rumored to have bid to take part in.

Meanwhile, in 2018, the company plans to launch its first satellite into orbit, and present its debut show in the same year, when that satellite has reached its position.

It was Lena Okajima's childhood in Tottori, 160 kilometers northwest of Osaka, that sparked the ALE founder's fascination with space.

"A lot of people have thought about (creating fake meteor showers) but Okajima was the first one to invest years of research into this," says Rie Yamamoto, ALE's global strategy director.

"Okajima watched meteor showers when she was younger, but living in Tokyo (as an adult) she couldn't really see them, so that played a part in her inspiration."

A former investment banker with a PhD in astronomy, in 2011 Okajima founded ALE, garnering private funding and collaborating with academics from three academic institutions.

First, the team will need to launch a satellite into orbit, which will take several months to reach its position at an altitude of approximately 500 kilometers in the thermosphere, the second highest layer of the atmosphere.

With the ability to orbit the earth for up to four years, each satellite will store about 300 to 500 of ALE's man-made meteoroids.

The satellite will frequently pass over major cities at night time, poised to provide a meteor shower.

Once the satellite is in orbit, ALE won't be able to control its speed or location, but as the company adds more satellites its coverage will become more flexible.

A discharge device, developed by ALE, will be fitted to the satellite to eject the artificial pellets, which are about 2 centimeters in diameter.

The initial shows will each feature around a dozen artificial meteors, breezing across the night sky.

But these "stars" will be nothing like the real thing. According to ALE, they'll be better.

"If you look up and see our shooting star, it won't be mistaken for a natural one," Yamamoto tells CNN.

ALE's meteors will travel much slower across the sky than natural meteors - 8 kilometers per second compared with the blistering top speed of 72 km/s of the real thing - giving spectators time to take in the show.

After a meteoroid is fired from the satellite, it will travel about one third of the way around the Earth before, ALE says, entering the atmosphere at a planned location.

The heat and friction of passing through the atmosphere cause the meteors to glow so brightly they can be seen from the ground.

Real "shooting stars" - in reality, small rocks and dust particles usually only a few millimeters in diameter that blaze through Earth's atmosphere - dissolve entirely before reaching the ground.

ALE says its fake meteors will follow a similar process.

Unlike natural shooting stars, ALE's artificial meteors will glow in different colors, creating the possibility to paint the sky.

Researchers, using a method they say they can't reveal to protect their intellectual property, have created orange, blue and green meteors so far, and plan for a wider range of colors.

The meteors will be visible from the ground across a 200 km diameter. All of Tokyo would be able to enjoy such a meteor show, on a clear evening.

ALE says it sees its potential customers as likely including operators of sports games, theme parks, outdoor festivals, and other large scale events.

While the idea of an artificial meteor shower isn't new, ALE has come the closest to making it a reality.

One of the biggest barriers was the limited scientific knowledge of meteors, due to their speed and unpredictability.