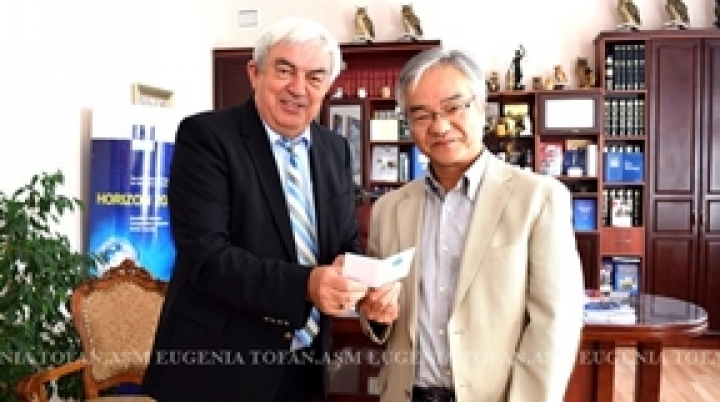 The award was handed over by MAS President Gheorghe Duca during the 8th International Scientific Conference “Physics of Condensed Mediums and Material Science”.

Hidenori Mimura is President of Shizuoka University Research Institute of Electronics, specialist in nanoelectronics, author of hundreds of scientific articles, reports and patents.