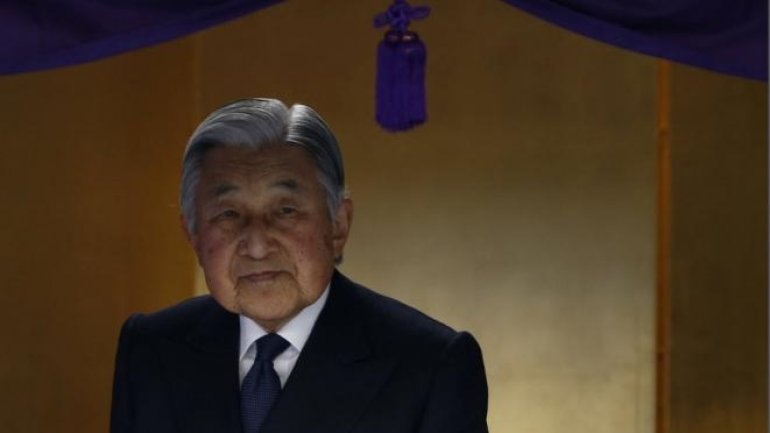 A Japanese government panel suggested on Monday that a one-off law allowing Emperor Akihito to abdicate was the preferable way to let the octogenarian monarch step down, rather than revising the Imperial House Law to also let future emperors retire.

An interim report by the panel weighs the pros and cons for the two options though did not clarify its own stance. It listed 23 potential problems for institutionalizing abdication, while mentioning 10 supporting views.

Regarding special legislation that would be applied only to Akihito, who hinted in August that he wanted to abdicate, favorable opinions outnumbered unfavorable ones by four to three, informs Reuters.

The 83-year-old emperor, who has had heart surgery and prostate cancer treatment, said in rare public remarks last year he feared age might make it hard to him to fulfill his duties.

Under current law, abdication is not possible. The last time a Japanese emperor abdicated was in 1817.

But Japan's major newspapers reported this month the government was considering steps that would allow Akihito to abdicate and for Crown Prince Naruhito to ascend the throne on Jan. 1, 2019. The government would submit a special abdication law to parliament as early as this spring.

Prime Minister Shinzo Abe said he hoped the panel's report would help deepen understanding of the issue among the general public as well as lawmakers.

Abe encouraged political parties to take heed of the report as they look into the matter.

The panel, chaired by Takashi Imai, honorary chairman of Nippon Steel & Sumitomo Metal Corp, does not broach the topic of male-only succession, though the number of heirs in the line of succession has been dwindling.