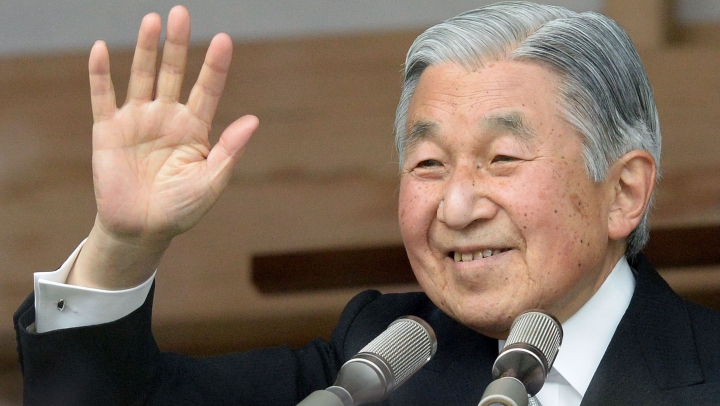 Japan's Emperor Akihito has said he fears age and deteriorating health mean he is finding it difficult to continue in his role.

The revered 82-year-old emperor's comments came in his second-ever televised address to the public.

There is no legal provision for abdication in Japanese law. A change in law would be required to allow the emperor to stand down.

In 10-minute pre-recorded message, Emperor Akihito said he hoped the duties of the emperor as a symbol of the state could continue steadily without any breaks.