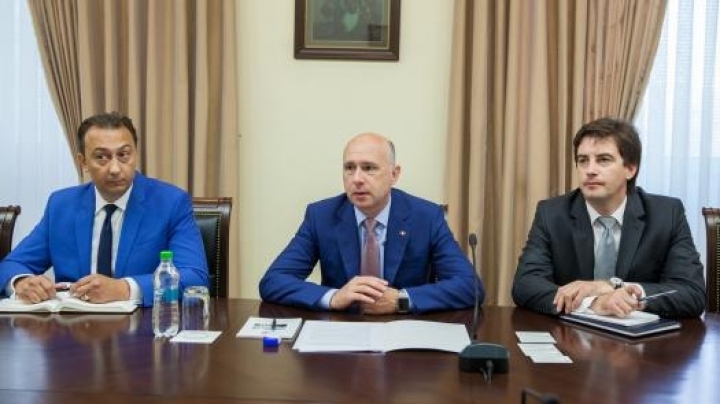 Prime Minister Pavel Filip met with representatives of Japanese "Metal Products Inc." company, in which they discussed the launch in the near future of a new investment project in Moldova.

Company's president Susumi San Wantanabe said that Japanese investors came to Moldovan market two years ago, by participating in a project on renewable energy and biomass. Now, the company decided to launch a new investment project in Moldova in the design and manufacture of metal components.

Pavel Filip welcomed this decision, assuring all the support in promoting this project, and other initiatives that contribute to the economic development of the country. "There is no more of an important goal for the Government I lead than to ensure the welfare of the people of our country, and this is only possible if jobs are well paid and economy will thrive" , said Prime Minister.

The prime minister spoke about the actions taken by the Government to create a favorable business environment, and expressed his team's desire to continue the reforms.

The sides discussed development prospects of economic relations between Moldova and Japan.

Japanese "Metal Products Inc." company specializes in designing and producing components that are used in modern building facades that are lined with glass fixed to the metal. Currently, the company is contracted for the construction of buildings for Olympic Games that will be held in Tokyo in 2020.