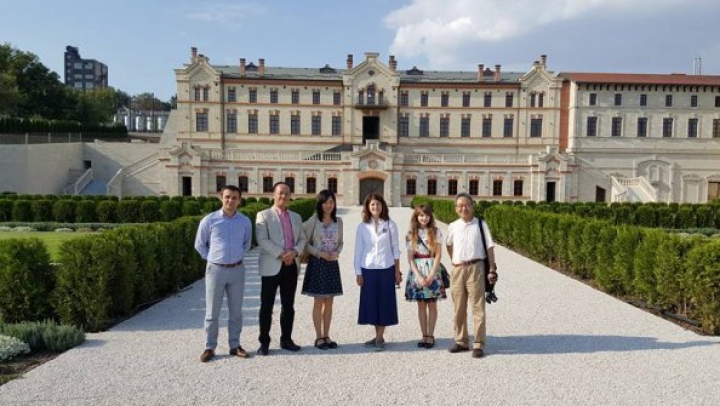 A business mission from Japan was on a working visit to Moldova on 2-5 September, aiming at knowing and promoting Moldovan wines in Japan. This is the fourth Japanese delegation coming to Chisinau and interested in import of wines, Moldpres informs.

“Moldovan wines have fantastic flavors similar to those of the New World. On the other hand, it is felt the wine style of the Old World, for example, France. Respectively, the Moldovan wines combine two styles from different worlds, and this element offers a very good prospect for export,” the representative of the Japanese Wine Importers Association, owner of several restaurants, coauthor of “Japan Winery Guide”, Makoto Endo, said.

“One of business people expressed a desire to open a restaurant with Moldovan traditional specific in Tokyo in the nearest future. Also, the Moldovan wine will appear in an important wine guide in the region. All these efforts allow us to think we will have success in promoting wines on new markets, as in Japan,” Moldovan Ambassador to Japan Vasile Bumacov said.

The Japanese delegation’s visit to Moldova was organized by the Moldovan Embassy in Tokyo, with the support of National Office for Wine and Vine. This is already the fourth delegation of this kind interested in import of Moldovan wines. The guests were impressed by tourist destinations from Moldova, traditional cuisine and wine quality.