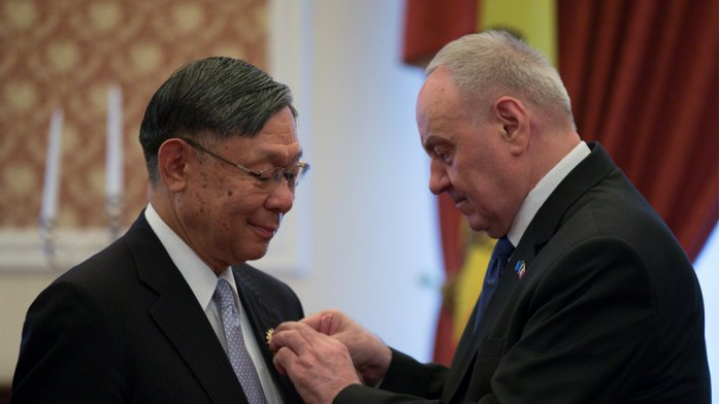 Moldovan President Nicolae Timofti, received on Friday the Ambassador Extraordinary and Plenipotentiary of Japan to the Republic of Moldova, based in Kiev, Shigeki Sumi, on the occasion of concluding his diplomatic mission in Moldova, the presidential press service has reported, informs Moldpres.

During the meeting with the Japanese diplomat, the president welcomed the unprecedented deepening of bilateral relations in recent years, thanking activities of Ambassador Sumi undertaken in this regard.

In this context, the sides welcomed the opening of diplomatic missions in Chisinau and Tokyo, which inaugurations will take place soon.

The Japanese diplomat said that he would remain the ambassador of competitive and quality Moldovan products, using all possibilities to promote them beyond the end of his diplomatic mission to Moldova.

President Timofti reiterated the interest in supporting the Moldovan wine exports to Japan, including promoting the country brand Wine of Moldova.

In a sign of deep gratitude for the substantial contribution to the development and strengthening of friendship relations and Moldovan-Japanese cooperation, President Nicolae Timofti awarded Ambassador Sumi with the Order of Honor.