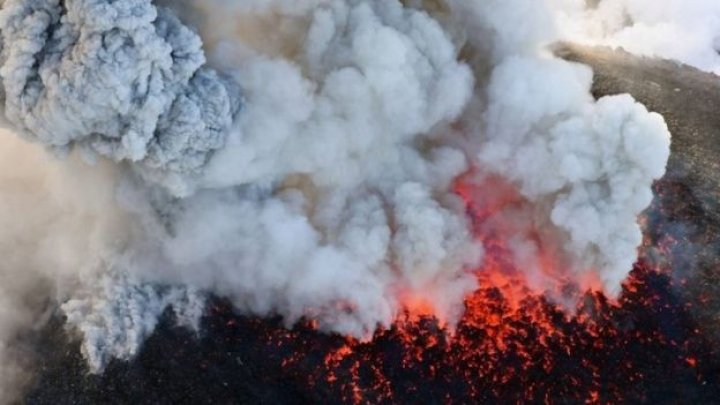 Authorities in Japan have issued a deadly warning to residents living within a three mile radius of the erupting Shinmoedake volcano after "large explosions" were recorded at the site.

According to the officials, the erupting volcano could be hurl huge volcanic rocks into nearby towns on Kyushu island and puts hundreds of lives at risk.

The volcano has been spewing ash for several days now but the eruptions took an explosive turn very early on Saturday morning.

Mount Shinmoedake was made famous by the 1967 James Bond film You Only Live Twice, where the volcano concealed the villian's secret lair.

The new warnings follow expectations that the deadly activity could "continue for several months" wreaking havoc on flight paths and local lives.

The Japanese Meteorological Agency (JMA) said large rocks more than 50cm wide could now be expected to reach a 2.5 mile radius around the volcano.

Monitors said rocks were hurled from the crater of the volatile volcano and posed a significant danger to life.