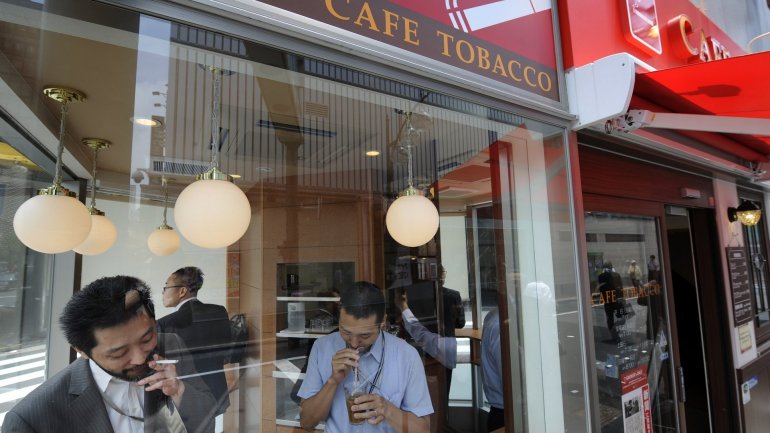 Anti-smoking campaigners in Japan have called on the government to make restaurants and bars smoke-free in time for the 2020 Tokyo Olympics and end the country’s reputation as a smoker’s paradise.

Japan is expected to pass legislation soon that will ban smoking in or near public buildings such as schools or hospitals, but the bill says the crackdown will apply to restaurants only in principle.

Restaurateurs and bar owners will instead be given the option of installing self-contained smoking rooms on their premises, a measure campaigners say contravenes an International Olympic Committee requirement for host cities to hold a healthy Games.

“The situation for preventing passive smoking in Japan is on a level with that in a developing nation,” said Manabu Sakuta, chair of the Japan Society for Tobacco Control.

Smoking is banned in hospitals, restaurants and other public buildings in dozens of countries, but Japan lags behind in addressing the health risks associated with secondhand smoke.

Smoking is banned on some Tokyo streets and in taxis, but only about 10% of the capital’s bars, restaurants and cafes are totally smoke-free, according to the society. There is even a cigarette vending machine in a health ministry annex, informs The Guardian.

Sakuta said the government’s 30% stake in Japan Tobacco (JT) – which generates huge tax revenues – meant it was reluctant to follow the lead of Ireland, Australia, Britain and other countries and impose a smoking ban at bars and restaurants.

Newspapers, he added, often failed to highlight the dangers of smoking for fear of angering JT, which spent an estimated 30bn yen on advertising in 2014.

At the end of last year, restaurant industry groups warned that many of their members would go out of business if they were forced to install segregated smoking rooms on their premises.

Sakuta accused restaurateurs and hoteliers of resorting to “emotional and unscientific” arguments in an attempt to avoid a crackdown on secondhand smoke. “We don’t feel the need to express any sympathy to those businesses, now that smoking bans in bars and restaurants are becoming more common all over the world,” he said.

The government has been accused of failing to reflect hardening public attitudes towards tobacco use, amid a sharp drop in smoking among men. About 30% of Japanese men smoke, according to a survey conducted last year, compared with more than 80% in 1965. The smoking rate among women has remained at about 10% in recent years.

An estimated 140,000 Japanese die every year from smoking-related diseases, including 15,000 who die from the effects of secondhand smoke, according to the health ministry.