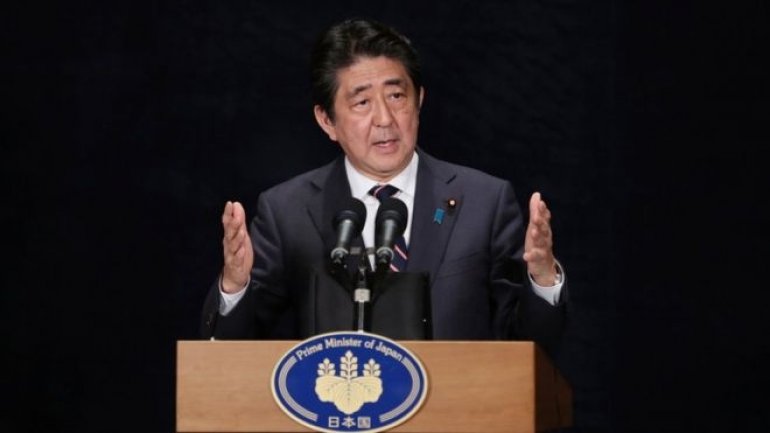 Japan's PM is set to become the first foreign leader to meet US President-elect Donald Trump, since the election last week, reports BBC.

Shinzo Abe said he wanted to "build trust" and "work together for prosperity and world peace", before leaving for his trip.

The meeting in New York comes amid concern over the foreign policy direction of Tokyo's biggest ally.

Mr Trump has said Japan needs to pay more to maintain US troops on its soil.

He also condemned a major trade deal struck by President Obama with Japan and other Pacific Rim countries.

The US and Japan have been key allies since the end of World War Two, when the US helped Japan rebuild its economy.

Mr Abe is stopping in New York on his way to an Asia-Pacific trade summit in Peru.

But details of Thursday's meeting are unclear, with a Japanese official saying exactly where it will happen has not been firmed up.

"There has been a lot of confusion," a Japanese official told Reuters news agency.

The BBC's Paul Adams in Washington says Mr Trump has toned down some of his more strident rhetoric since the election, but that hasn't stopped observers wondering whether the fundamentals of post-war US policy on Asia can survive.

Mr Trump has also yet to select his new cabinet and other positions. He has denied that the transition to the White House is in a disarray.

Mr Trump and Vice President-elect Mike Pence have spoken with 29 world leaders since the election, according to a statement from the transition team.

It remains unclear who else might be at the meeting with Mr Abe.

High-level talks are rarely held in such an informal context and Tokyo is keen to minimise uncertainty during the long handover of power.

"We want to safeguard our alliance with the United States during the transition," said a senior Japanese foreign ministry official, Tetsuya Otsuru, when the meeting was announced.

But there are some key points of difference between the two countries.

Donald Trump has suggested the US could pull troops out if Japan does not start paying more for them. Tokyo currently spends $1.7 billion on their support, including the costs of running US bases, which are unpopular with many in Okinawa where most are located.

Both men distrust Beijing, but the focus of their concern is different. Mr Trump accuses China of engaging in the biggest "theft" of US jobs in history, by exploiting "terrible" trade deals he will renegotiate or rip up. For Mr Abe the main concern is likely to be Beijing's increasingly aggressive tone towards territory Japan controls but which China also claims.

Japan is an export-led economy, heavily dependent on trade. It needs the US to stay open to its products and to back trade deals that keep other countries open to them too. Mr Trump has expressed concerns about Japanese imports and has promised to ditch the Trans-Pacific Partnership (TPP) trade deal, even though many saw it as a way to contain China, which is working on a rival deal.