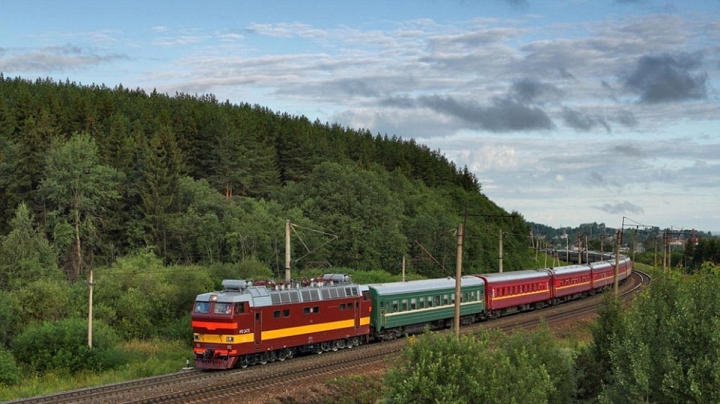 A new Japanese plan envisages extending the Trans-Siberian railway, potentially allowing passengers to travel all the way from London to Tokyo by train - a distance of 6,000 miles,  reports Daily Mail.

The new link would bypass Vladivostok, currently the final stop on the world famous route, with a four-mile bridge or tunnel linking the city of Khabarovsk to the Russian Pacific island of Sakhalin.

From here the new rail connection would cross to the northerly Japanese island of Hokkaido, requiring a 26-mile tunnel. Reports in the Japanese and Russian media say the Tokyo government along with potential investors is actively considering the development.

Japan is also considering plans to speed up traffic on the Trans-Siberian railway, which is slow compared with its own routes and many in the West.

So far Russia only has plans for a high speed link on the first leg of the route from Moscow to Kazan.

'The ventures are seen as leading to a revival of not only commercial traffic between the two countries, but also to increased tourism and other human contacts,' reported The Siberian Times.

The Kremlin 'is keen to make a great leap forward in developing the Russian Far East'.

However Moscow is likely to resist any linkage between accepting Japanese investment on this project and conceding to Tokyo's demands to handover any of the Kuril Islands, which Stalin grabbed for the Soviet Union at the end of the Second World War.

Officially the two sides have still not signed a peace treaty ending the war over the territorial dispute.

President Vladimir Putin is due to visit Japan in December.

This would also be supplied by a new link to the Trans-Siberian railway.