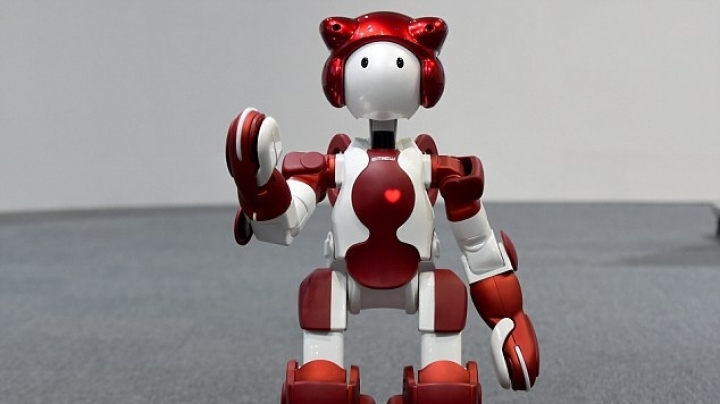 Visitors arriving to Japan through Tokyo’s Haneda airport will soon be greeted by a fleet of tiny humanoid robots.
Standing just 90 centimetres tall, the humanoid named ‘EMIEW3’ will guide users to the proper destination at the terminal and has the ability to communicate in both Japanese and English.

Hitachi Ltd began its trials with the robots on Friday, and it’s hoped that these assistants will be able to perform autonomously as early as December.

Trials will run through December at the airport’s domestic Terminal 2, The Japan Times reports.
The small white and red robots will be deployed to designated information centres and will display information in Japanese and English.

Along with this, the robot will interact with visitors at insurance seminars and accompany salespeople on promotional visits to other companies.

The firm hopes Pepper will help to draw in more customers, and the plan is set to move into action by fiscal 2017.