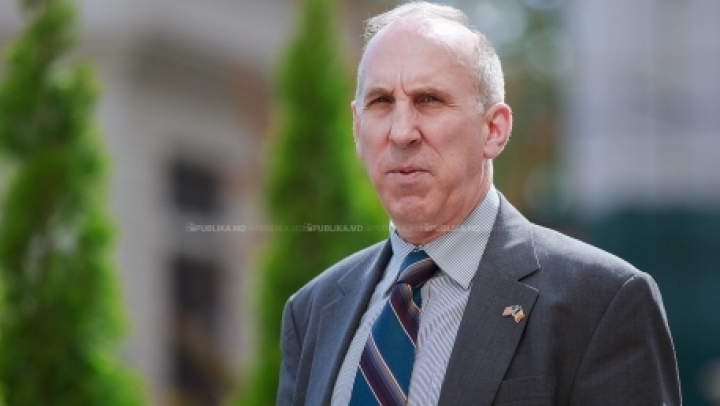 The US Ambassador to Moldova, James Pettit, has reconfirmed there is no investigation as to the fraud at those three banks from Moldova, started by the US authorities.

"We do not have any information and any investigation. We are ready, our enforcement is always ready to talk to anyone who wants to share information with us, so that we can help in investigation", James Pettit said.

PUBLIKA.MD reminder: former Anti-Corruption high-rank officer Mihail Gofman, who had been responsible with money laundering issues, earlier stated that the US Government was interested in his information about the fraud in the Moldovan banking system. He was subpoenaed three times by the anti-corruption prosecutors to testify, but he never turned up. Moldova24.info earlier wrote Gofman had flown to the US to ask for political asylum, hoping to elude a possible punishment in the Banca de Economii fraud file.

Gofman’s interests are defended by the same US law firm, which asked the Ukrainian authorities not to extradite Veaceslav Platon to Moldova. Gofman’s lawyers invoked the reason Platon would be a key witness in an inquest on the banking fraud in Moldova, unfolded in the USA.

The request has made crystal-clear the relation between Gofman and Platon. Analysts used to say that Gofman is the project of the controversial businessman, also known as the number one raider in the CIS.