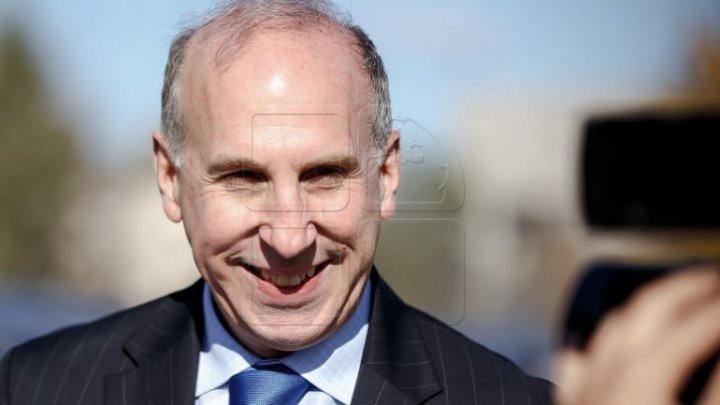 The USA is ready to support the business sphere from Republic of Moldova, to attract foreign funds and integrate in the world economy. The declaration was made by James Pettit, the US Ambassador to Republic of Moldova within the release of Reforms Program in Moldova, funded by USAID, informs Official.md.

James Pettit declared that he will permit to build an opened, dynamic, innovative, competitive and strong national economy based on the private sector, that involves the rules of modern trade.

"Through this new project, the USA will be one of the countries that will support the economic reforms in Republic of Moldova in everything that targets the relationship with Europe, fulfilling the European Integration rules, as the fight against corruption, providing the transparency and the good governance of the country. In the past years, Moldova signed some important International Agreements, that will provide some significant changes, as abolition of corruption and promoting Republic of Moldova as an attractive country for foreign investors. Those reforms are primordial for Republic of Moldova, especially, in the context of the recent relegation of Moldova in the global governance rank indicators, that make the foreign investors come in Moldova. Also, it shows that Moldova wants to develop. The USA wants to help Moldova to take part of the world economy. Republic of Moldova's Government needs to keep the promises they made to the citizens", said the Ambassador.

At his turn, Chiril Gaburici, the Minister of Economy and Infrastructure mentioned that this is one of the most important programs for Republic of Moldova, to implement the reforms promoted by the Government, writes official.md.

"I think that only through the common efforts, we can bring the Europe here. So, we should provide a better standard of living and the raise of the trade level. We noticed that the trade twisted from East to West. The EU is the most important member on the trade sphere of Moldova. The European countries are the main investors of the national economy. We cont that the EU will support the Government and Ministries' activities and to fulfill the Association Agreement that targets the Free Trade zone. We count on this program and the program of developing the trade within 2017-2020 period. We want to simplify and modernize the process of import of export", said Gaburici.