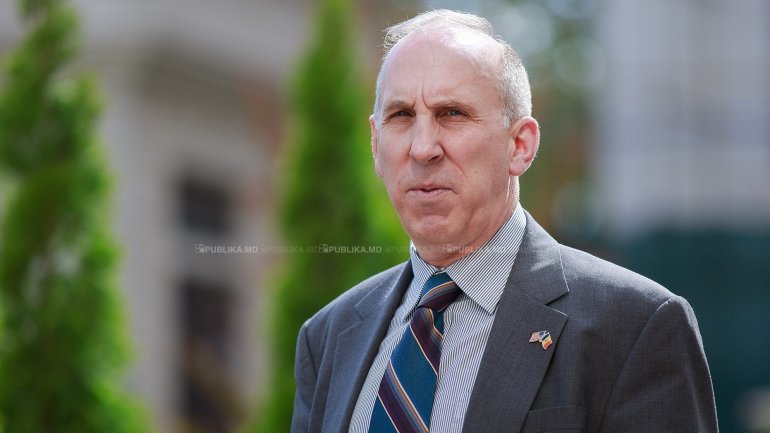 In the state institutions of Moldova is a lot of corruption, but there are also persons who want to change things for the better, declared the US ambassador James Pettit at the show "Interpol" at TV7.

When being asked if among these persons is the first vice president of PDM Vlad Plahotniuc, the diplomat answered positively, informs hotnews.md.

"I hope so. He plays a significant role in the present situation and I hope he wants to improve the things" declared Pettit.

He mentioned in this regard, making reference to Plahotniuc's activity in the last year, that were carried out many important reforms. "Until now we have seen many reforms. We support reforms and result. And until now we have seen a few reforms, including those requested by IMF and I hope that next year we will have more of this kind of reforms."

At the same time, the ambassador Pettit qualified as "emotional reaction" the critics of some politicians and representatives of the civil society in the address of USA, after the meeting between Plahotniuc and Victoria Nuland this spring.

The US ambassador also welcomed the good cooperation between Parliament and Government, when he was challenged by the presenter Natalia Morari to talk about the "captured state". "The cooperation parliament-government was pretty good. There is a parliamentary majority which is coordinating efficiently" declared James Pettit.