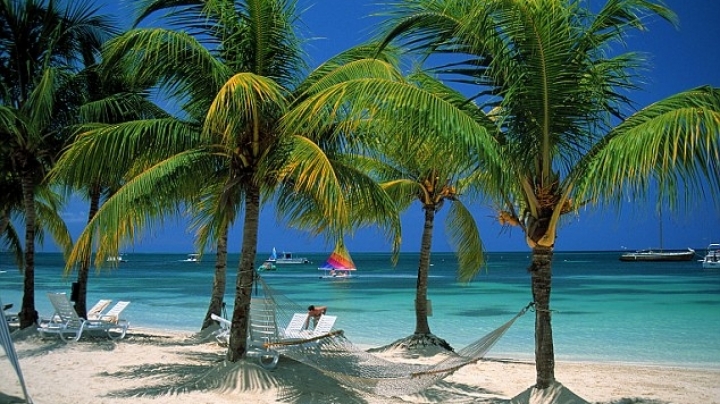 Jamaica is to install cannabis kiosks at its airport terminals - so tourists can get high as soon as they land, reports Daily Mail.

Officials are looking at ways the country can cash in on the legal cannabis industry and plans are in the pipeline to offer the drug inside arrival halls and seaports.

Tourists would be able to register to use marijuana at the kiosks and then pick up 'a couple of ounces or weed' before their onward journeys.

According to the High Times, the proposals are being examined by the Cannabis Licensing Authority in Jamaica, which decriminalised marijuana possession earlier last year.

Its chairman Hyacinth Lightbourne reportedly told the Jamaica Gleaner: 'The thought is that if you are coming out of the airport, there is a kiosk that you can go to. So basically whoever is coming out of immigration can go to that desk and register and get that clearance.'

He added: 'It would primarily be for people who have a prescription and, in effect, you're doing it for medicinal purposes with a permit from the Ministry of Health.

'If they don't have a prescription, then they can do what we call "self-declare", and this will allow them to have the two ounces while they are here.'

The move is likely to generate revenue for the government, according to the agency, which wants to act quickly to get the initiative in place before it is held up by red tape.

The Jamaican House of Representatives passed a law decriminalising possession of up to two ounces of cannabis in February last year.

The law also included provisions for legalising the cultivation for personal use of up to five plants, as well as setting up regulations for the 'cultivation and distribution of cannabis for medical, religious purposes and natural growth'.

High Times reports that Jamaica’s allows tourists to obtain a government permit giving them freedom to buy up to two ounces during their visit.