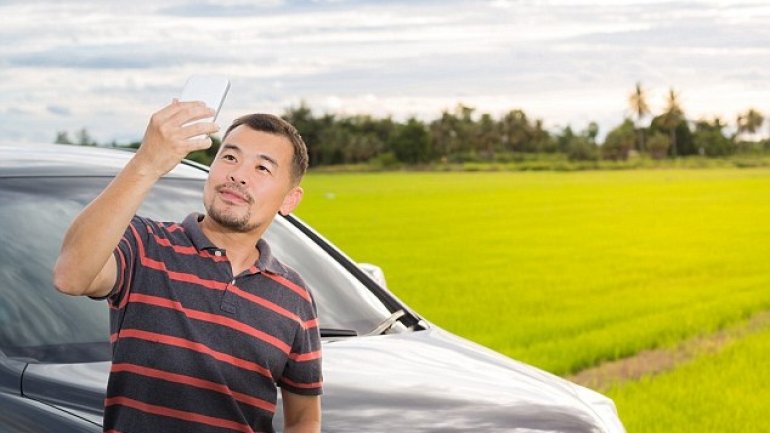 Motorists could soon unlock the doors of their car simply by walking up to it and taking a selfie.

Jaguar Land Rover is developing technology that uses facial recognition and gait analysis to detect when owners of its vehicles approach, to open the doors for them, reports Daily Mail.

Details have been revealed in a recently published patent application by Jaguar Land Rover, but it is unclear when the technology might become available.

Cameras mounted under the windows of the doors would capture both video and still images of someone walking and standing by the car, comparing them with those saved on its computer.

If they match the car will unlock its doors and open them.

It could save drivers the hassle of having to dig out their key when approaching their car and even make it easier if they are laden down with bags of shopping.

Details of the technology were revealed in a recently published patent application by Jaguar Land Rover.

It describes how the two cameras on each side of the vehicle would be angled so the car could spot someone approaching from the front or from behind, like if they were walking along a pavement, for example.

The patent states: 'The user of the vehicle must carry out a registration process which requires them to record a still image of their face and a moving image such as a hand gesture or their gait as they approach the vehicle.'

The video of a person walking towards the car would then be compared to these original images using gait or movement recognition technology.

A second picture would be taken when the user was standing next to the car and facial recognition software would compare this to images stored on the car's computer.

If they match the car would then unlock the doors.

Using video footage and gait recognition also ensures that thieves could not fool the system by holding up pictures of the owner's face they had printed out.

The company plans to use stereoscopic cameras that will provide a 3D image, allowing the car to estimate how far a person is from the vehicle along with helping to analyse their movement.

The patent also hints future Jaguars and Land Rovers may come without door handles at all.

It states that the doors could open by themselves when the car recognises its owner approaching.

'The moving image may be a gesture, such as a hand wave, a salute or another hand signal which the user makes on approach to or arrival at the vehicle.

'A still more sophisticated embodiment may use discrimination between different gestures to unlock different doors of the vehicles.'

The patent also describes how the system could learn to recognize several users so a family can share a car.

It adds: 'If the vehicle is sold, the stored images can be removed and new authorized image identifiers stored instead.'

Jaguar Land Rover said it did not comment on future technology in its vehicles.

However, it wrote in the patent: 'It is an ongoing challenge of the automotive industry to improve vehicle functionality and design and to further enhance the sophisticated feel of vehicles without additional cost.

'In particular, vehicle personalisation, where vehicle functions and features can be aligned with specific user requirements is an increasingly common aim.

'As far as door entry is concerned, such systems must also be robust against mis-use, for example theft or loss of a key-fob so that vehicle security is maintained.'