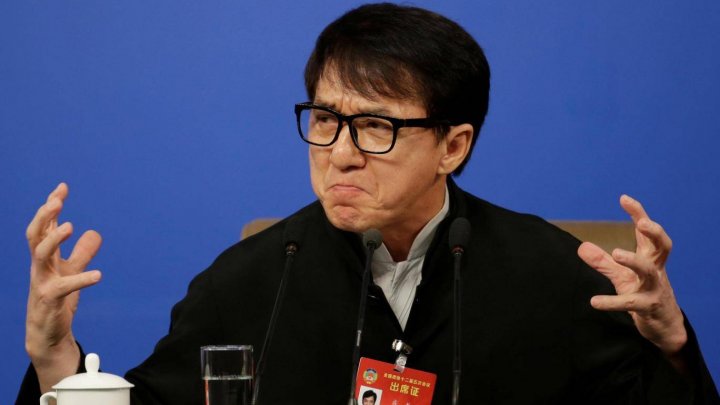 The martial arts film star is one of 38 top political advisers who signed a proposal calling for affronts to the country’s “history, heroes and martyrs” be punishable as crimes.

State media said the proposal had been put forward amid a “worrying phenomenon in Chinese society – similar to neo-Nazism in Europe – in which people make fun of martyrs and victims of historical atrocity”.

“They are the scum of Chinese people”, Foreign Minister Wang Yi was quoted as saying.

Last month two Chinese men were detained by police after they were pictured wearing Japanese World War II army uniforms at the site of one of the conflict’s worst atrocities.

Insulting the Chinese national flag, emblem and anthem is already punishable under the country’s law.

But the advisers want to extend legislation to criminalise “affronts to Chinese dignity, history, heroes and martyrs” and “actions by Chinese citizens that promote Japanese militarism and Nazism in China”.

The proposal was put forward by He Yunao, a history professor from Nanjing University, and co-signed by 37 other members of the Chinese People’s Political Consultative Conference (CPPCC).

“The individual has dignity, but the nation also has dignity”, said Mr He.

Mr Chan has not commented publicly on the bill, but the Hong Kong-born action star has previously spoken in favour of China’s authoritarian rule.

“I’m gradually beginning to feel that we Chinese need to be controlled. If we’re not being controlled, we’ll just do what we want.”