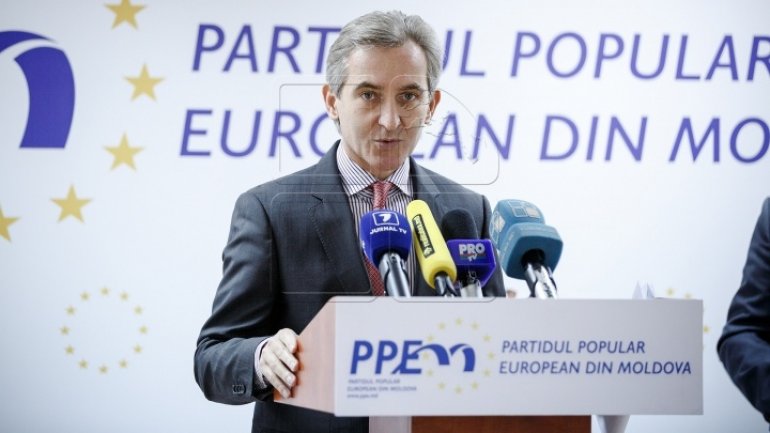 The leader of the Popular European Party from Moldova, Iurie Leancă, has produced evidence he had consulted with the World Bank and IMF when his Cabinet had decided to guarantee the losses caused by the bank fraud.

In 2014, the Government provided a guarantee of over 9 billion lei to the National Bank to return the population’s money in Banca de Economii (BEM.)

Iurie Leancă says should the Cabinet have not taken that decision, a collapse of the entire banking system was unavoidable. Iurie Leancă has presented an evaluation report concerning the financial sector, which had been worked out by a mission of the World Bank and of the IMF. They were in Moldova in February 2014.

"Firs, as it is a system bank, they state couldn’t allow for that bank to fail. Second, there was no viable alternative to solve the problem than by offering fundamental guarantees. Third, the lack of such a decision would have released the contamination of the entire banking system," the former Prime Minister said.

Should the Government have not acted, Moldova’s economic collapse would have followed, Leancă added:  "The Cabinet’s inaction would have rapidly led to the bankruptcy of a key bank as the BEM. Over half a million people would have lost their deposits, but so would scores of firms. Respectively, the bank’s failure would have caused panic and crisis within society. Massive extractions deposits would have followed, not only from the BEM, but also other banks."

According to Leancă, such decisions have been often taken in bank-related crises for the last 30 years in western countries, which provided state guarantee. “Should that mean that all those countries took criminal decisions?"

The World Bank and then the IMF specify in communiques the Cabinet’s decision in 2014 to guarantee the losses incurred by the bank fraud  was taken in the wake of their recommendations.