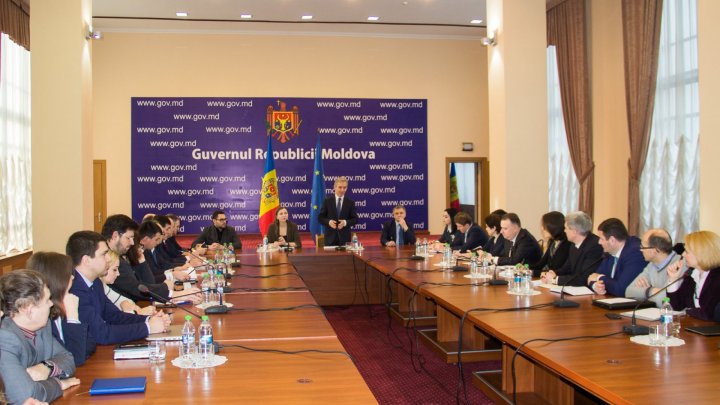 The Task Force is formed by a working group of the Government, regularly summoned by secretaries of state of the 9 ministries and leaders of other authorities working under the Government's jurisdiction. At the Task Force's reunions will be invited independent experts and representatives of civil societies who will be able to interact with decisive factors at the Government's level and will have the possibility to forward suggestions for public policies meant to advance the main reforms and implicate in making the European integration of Republic of Moldova more dynamic.

Those who participated at the first reunion of the Task Force have came with suggestions for its activity, advising it to be used to identify and solve main subjects from the Government's reform agenda.

The group will contribute to enhancing communication and strategic visibility of the European integration, as well as consolidate the dialogue and cooperation between public authorities and experts from civil societies, to monitor and implement all terms of the EU Association Agreement.