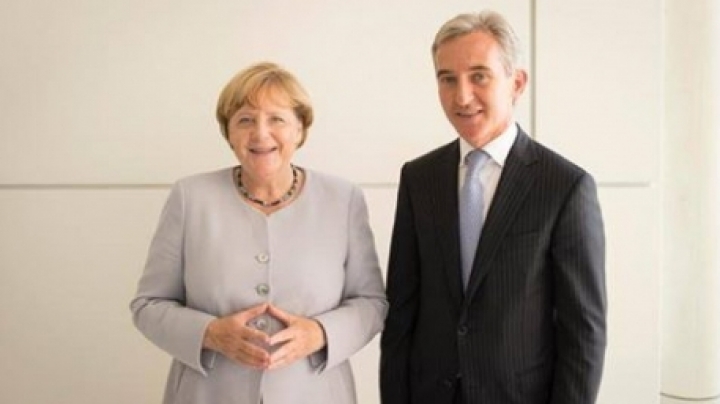 The leader of European People's Party of Moldova, Iurie Leanca had a meeting with German Chancellor Angela Merkel in Berlin.

Iurie Leanca said that it was a useful discussion in which they spoke about the progress made by Moldova.

"It was a useful discussion. Mrs. Merkel praised my work earlier in functions that I had (foreign minister and premier) and the progress made by Moldova in that period. We talked about the future, about the fact that people in Moldova want to live better and need European investment. I told Mrs. Merkel that in the race for the presidential election will have a positive campaign, in which I will submit draft the country's development that lead to wealth creation" , said Iurie Leanca.

"Dear friends, we have one way to prosperity - this is the road towards West. Mrs. Merkel supports us in this regard, supports Moldova" , said Iurie Leanca.