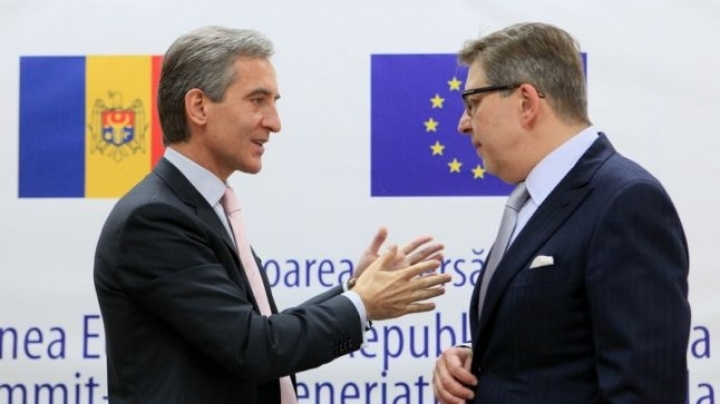 The president of Popular European Party, Iurie Leanca, had a meeting today with the chief of the European Union Delegation on Moldova, Pirkka Tapiola.

The main subject for discussion was the implementation of Association Agreement between Moldova and EU and the role of the Parliamentary Council for European Integration in this process.

Iurie Leanca mentioned that, in context of the recent Declaration of Moldovan Parliament regarding the launching of the National partnership for European integration, he requested the support of the ambassador Pirkka Tapiola for the realization of the proposed objectives.

He especially underlined the Parliament’s call to EU institutions and member states regarding the launching of a Mission of EU-JUST type in Moldova as soon as possible, which might contribute in a practical way to the consolidation of the judicial independence, the implementation of a reform in the legal body’s field and the fight against corruption at a high level.

The diplomat has supported the opinion of Moldovan authorities to sync the efforts regarding the accomplishment of the provision of the Association Agreement, mentioning that the Parliamentary Council for European Integration is an optimal platform in this regard.