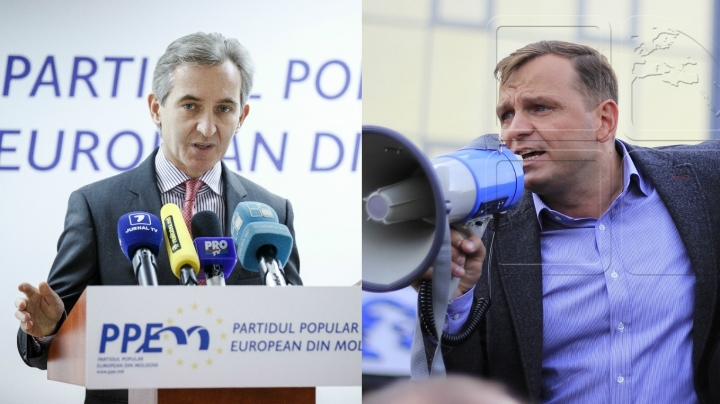 Andrei Nastase is “a younger brother of Igor Dodon”, and the story about the “sole nominee of the right side” is a trap, in which Maia Sandu got caught because of naivety. The declaration was made by Iurie Leanca, the president of the Popular European Party during the talk-show Replica on 25 September 2016.

At the same time, the experts present in the studio mentioned the fact that in the program of DA Platform, controlled by the mob clan Topa, you do not find the mention “European integration”.

“I would have a lot of objections on the fact that in what measure Mr. Nastase is a man of the right side? I think he is a younger brother of Dodon who is showing himself like a knight of justice, but makes the game together with Dodon. We had discussions and in a moment I understood that we are wasting time, wasting energy, instead of concentrating on our agenda. I have felt that we are launching an unsuccessful game and someone is making his things. From my point of view, Maia got caught in this trap because of naivety, as I said” declared Iurie Leanca, president of Popular European Party.

“I do not understand how Maia Sandu can support another candidate who is not embracing this option entirely and without reservations. She is in the situation in which she should see very clearly if this agreement she has is pro-European, in the regard if a nominee with whom she wants to cooperate, and one from these two will be elected, truly wants the immediate implementation of the Association Agreement” said CreDO, Sergiu Ostaf.

“In the last period I have read the programs of the right-side parties, I can tell you that in the DA Platform there is no mention of the European integration. They probably forgot. I want to tell you that in the program of Action and Solidarity Party, the party of Mrs. Sandu, also you don’t find mentions of this kind” said the political analyst, Corneliu Ciurea.

“If in the position of president will come a person with other visions or without them… because Mr. Dodon is not the friend of Russia. I don’t think that he dreams how to become brother with Russia. He is what I defined, socialist who on one side pretends to be on the left side and at the same time spends millions of euro on the headquarters and on campaign, media resources and so on. We cannot allow ourselves to move in zigzag” declared the president of Popular European Party, Iurie Leanca.