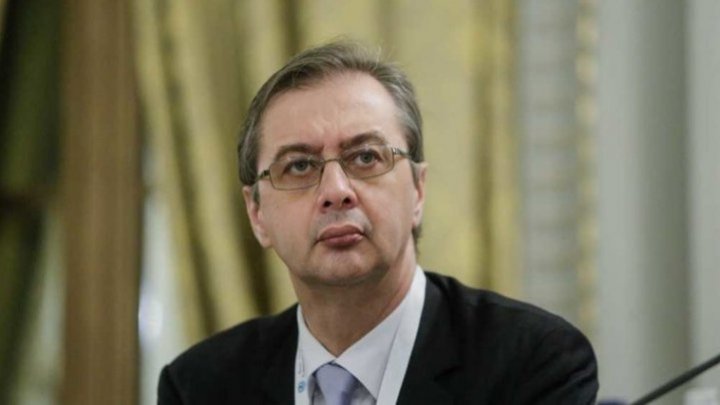 foto: deschide.md
We have seen lately the quick and unexpected adoption of a set of laws that fundamentally change the constitutional order of the Republic of Moldova.

Some of them are downright unconstitutional, some fundamentally add to and reinterpret the Constitution, others are para-constitutional provisions that alter the constitutional order and institutional balances in the Republic of Moldova, including the system of checks and balances, balances and mutual control of state powers. And everything is happening in an accelerated, fast forward manner, without any appeal or debate.

REPUBLIC OF MOLDOVA WITHOUT DEMOCRATIC ANTIBODIES

I think the opposition still blames on the sudden and unexpected change of power while being in preparations for early elections. Especially after the fleeing of Vladimir Plahotniuc, the “Bad Oligarch who captured the state”. PDM has not organized a Congress yet and is in a period when the boxers in the ring use this break to pull themselves together after a knock down and were sent to the floor to resist until the next gong.

I can also believe that the civil society is in the same period of contemplation, that many of its representatives have swapped the coat of civic activists and critics of government for that of MPs, ministers or advisors to the current power. The civic structures have not been completed and restructured yet, and those who have arrived in such positions have not shaped imposing personalities and personal files that would outline them and give them the force and the poise of the former NGO leaders.

I can also accept the goodwill and vacation period that citizens grant to the newly elected officials to integrate and chair, to take over the power and to dip into the files and the current issues. It is a normal process, especially as we are fully entering in a period of vacations, when nobody cares about governors and their political affairs. However, some of these changes fundamentally affect the entire society and democracy in the Republic of Moldova.

I am, therefore, obliged to warn that what is happening today is as abnormal as undemocratic and profoundly unconstitutional. But who is there to judge? Until the new Constitutional Court is formed, after the ouster - completely undemocratic, for any serious country – of the one that was in office, after the forcing of successive resignations, no one can judge the Constitutionality of these laws. The 48-hour terms from the adoption of these laws to make appeals against them are also passing, if there is anyone to even look at these laws. So what's next?

Well, granting by law additional capacities to a constitutional institution mentioned in the Constitution, such as that of the president, or the transfer of capacities from one institution to another, targeting the main powers in the state, can only be done by fundamental law and after performing a check of constitutionality. Which was not been done in any of the cases. This is the case of the transfer of capacities in the areas of security and defense to the President of the Republic of Moldova, the ostensive pro-Russian Igor Dodon, as well as the increase of powers of the Supreme Security Council, which, from a consultative body of the representative president, became overnight a body exerting executive power in the matter, as in Romania - with the difference that on this side of the Prut the balances are maintained.

“The big current misalliance coalition blew up the Constitution of the Republic of Moldova.”
So what is happening is of a double nature. The first regards the deterioration of the independence of the judiciary - see the ill-treatment of the law on the election of prosecutors; the deterioration of the mutual control and the independence of the state powers - through an accentuated political subordination and explicit politicization of the Constitutional Court, of the position of general prosecutor, through impairment of the legislative/executive relations and tendencies of partitocracy with the pro-Russian Socialists in the forefront - see the presentation of the Maia Sandu Government in front of the President and the pro-Russian Socialist Party with its whole faction. The second regards the changing of the balance of powers at executive level, through the transfer of the executive capacities of the Government to the President - although the latter has, according to the Constitution, only representative and protocol powers - and the extraction of components of the executive power, moved to the president, from parliamentary control - the Government responds in front of the Parliament, the President does not, in this case.

I can believe, moreover, I am sure that the current changes are the result of the protocol of collaboration and constitution of the majority, of subordinating the pro-European coalition ACUM (PAS-PPDA) to the pro-Russian political party PSRM and to the pro-Russian president Igor Dodon. However, a post-election political agreement without support in the elections - neither PSRM voters voted for this and for a misalliance with ACUM, nor the ACUM voters voted for a misalliance with pro-Russians and for a subordination to the pro-Russians and to President Dodon – does not take the place for amending the Constitution.

At the moment, I think it is necessary to notify the Venice Commission, in any possible way, regarding the deterioration of the relations between the state powers of the Republic of Moldova and regarding the unconstitutionality of the transfer of capacities to the President, which is not subject of control to the Legislative. In this case, I can agree that the president's direct vote and his implicit legitimacy do not match his constitutional powers.

I criticized at that moment the aberration, the legislative barbarism of returning to the old Constitution and the direct election of the president. However, this disparity is again a Constitutional problem, such as the implementation of the decision of the Constitutional Court on the introduction of the right term of the state language, the Romanian Language. But this does not allow the entrance from the backdoor on the Moldovan institutional scaffold, with major executive powers, without balance and control and without previously amending the Constitution after all the rules of art.

“Things must be brought back to democratic and rule of law standards, otherwise there is a risk of sanctions including against the current power, as was the case of the former declared pro-European power.”
I also think that the first responsibility of the future Constitutional Court - as politicized as it will be, with two representatives of the president, one representative of PSRM and two representatives of the Supreme Council of Magistracy, who will bear the same political influence of the current majority - is to check, after all the rules of art, the constitutionality of these changes, after the Venice Commission has been pronounced in this field.

I know, you will say that the control of the majority is absolute, and that it is unlikely in the Republic of Moldova the decision of the Constitutional Court to go different than the political understanding shows. Maybe. However, what I can say is that you need to be careful what you change, because the undemocratic, unconstitutional manner that deteriorates the democratic rules and balance will affect you in the future as well. Not only can these changes be reversed anytime in the future in other contexts, but this game of rules that can be relativized anytime - as in the great anti-oligarchic revolution of legal barbarism and of cascade of flagrant illegalities - have huge costs in the long run.

More seriously, the future costs of repeating these inconsistent procedures can avenge when relations between the majority and the minority change. I know that when the Russians and their agents in the post-Soviet space take over the power they don’t put it down for a whole generation behind, whatever they do, but even so, the revenge of these procedures will be tough. That is why things must be brought back to democratic and rule of law standards, otherwise there is a risk of sanctions including against the current power, as was the case of the former declared pro-European power.
loading...
AFLĂ imediat Știrile Publika.MD. Intră pe Telegram