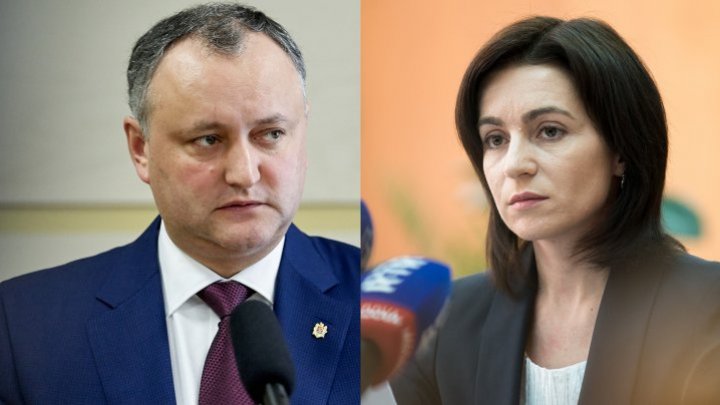 The Socialist President offered a formula through which PSRM and ACUM to pledge in tandem, as a cartel, aiming to remove all possible competition at the local elections and to share all the functions. This is what stated the political analyst and former presidential counselor from Romania, Iulian Chifu, on adevarul.ro.

'Last week I assisted at a strange offer of the pro-Russian President Igor Dodon towards his misalliance and majority partners from Chisinau, which can announce a tactical change of Russia in the Republic of Moldova - a test for the entire ex-Soviet area. Where PSRM wins, the Mayor will be of their fraction and the Deputy Mayor will be shared between ACUM (PAS-PPDA). Where the pro-Europeans will win, PSRM will have the Deputy Mayor', mentioned the political analyst.

Iulian Chifu also says that 'the Russian patrons from Moscow and the operation political-technological planners from Chisinau must have thought of another version too: blocking, quartering, entanglement and binding of the pro-Europeans, or at least a part of them, in Government, to have a fall guy, the responsible for service trouble, beyond the revenge stage, dis-oligarchic system and anti-PDM, anti-unionist and anti-Romanian tasks'.

According to Chifu, ACUM might find themselves in the impossibility to freely exit the governance, and when it will be decided - because this calls out loss at all local levels and party structures - and they can easily always find themselves being thrown form the Governing and majority, after the pro-Russian group will gather all their backup MPs.

'The maintaining of the pro-European display Government, in the administration's foreground brings only the Government and pro-European Ministries' raising of the expenses, pro-Europeans losing their legitimacy and the major limiting of the executive and reformist actions, as in the high-mentioned quartering, entanglement of the journalists and military troops. But all being controlled by the Superior Security Council and with all the security and defense zone and even foreign politics given to the Russians, controlled through majority and especially through the binomial Dodon-Greceanii, who can reject any law or naming even double-voted by the Parliament, if it does not satisfy the Socialists, with a Constitutional Court dominated by Dodon and his gang, this way, another governance guarantee being removed and controlled by pro-Russians. A image-version of a designated guilt, which will remain to receive expenses how much will be allowed to. Because the governmental actions and options are limited, and the appearance of a big alliance is maintained how much it is necessary and not a day more', underlined the analyst.

Iulian Chifu says that 'it is important for the Russians to draw European funds, obviously Romanian ones and to limit any reform option which will embarrass the zone under the Russian control, twice: one at Chisinau, through the majority with PSRM and then through Dodon's veto on any governmental act, then through the further confederate reintegration of the special status for the Transnistrian region, through the Russia's supplementary veto from Tiraspol. A good model for Ukraine and Georgia, the last states which still have pro-European and pro-NATO aspirations. Everything to impose a forced non-alignment, how says Vlad Socor, Russia's full domination in the ex-Soviet space'.