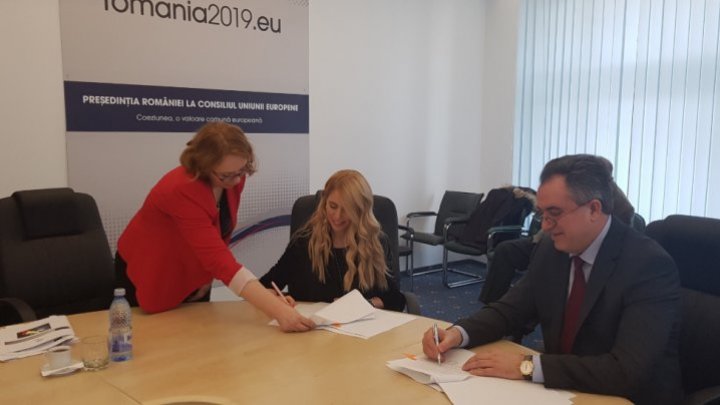 The Moldovan and Romanian customs authorities formalized their commitment to modernize the Sculeni-Sculeni, Leuseni-Albita and Giurgiulesti-Galati crossing points.

The Customs Service Director Vitalie Vrabie and the President of the National Agency for Fiscal Administration Mihaela Triculescu signed the Partnership Agreement in Bucharest yesterday on the implementation of the rehabilitation project for the respective border posts.

The document expressly sets out the rights and obligations of the parties, including provisions for good technical and financial management of the project. Signing it is one of the final stages for the start of project implementation.

The following procedures involve the signing of the financing contract, the launching and running of the tenders, as well as the actual start of the rehabilitation works. Estimates are expected to start at the latest this autumn.

The project is financed by the European Union (64.28%) and co-financed by the Governments of both states (35.72%), under the Joint Operational Program Romania-Moldova 2014-2020. Its budget is 10 million euros, of which 5 million are destined for the Republic of Moldova.
AFLĂ imediat Știrile Publika.MD. Intră pe Telegram