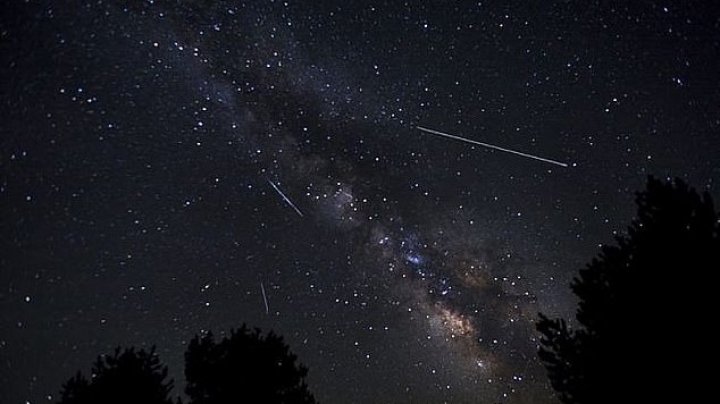 The Lyrid meteor shower is returning for its annual dance across night skies, and despite a brighter-than-usual moon, stargazers can still follow a few steps to make sure they get the best glimpse, according to www.dailymail.co.uk.

According to NASA, the peak of the annual meteor shower will be on April 22-23 which coincides with a bright waning gibbous moon — a phase that comes very close to being a full moon.

That means, with added moonlight, the spectacle will likely be hard to observe outside of the brightest meteors, according to experts.

That doesn't mean the shower is a lost cause, however.

This year, researchers at the Giant Magellan Telescope have released a handy infographic that should help astronomers put themselves in the best position for viewing.

One thing hopeful viewers of the shower can do, according to experts, is make sure they're viewing at the right time.

According to astronomers at Magellan, optimal viewing happens in the few hours before dawn no matter where you are in the Northern Hemisphere where the shower will be visible.

While telescopes would enhance the fidelity for viewers, the meteors can usually be seen with the naked eye.