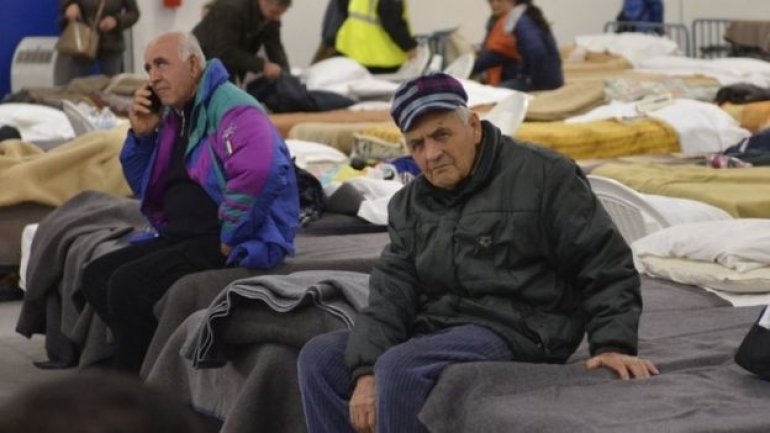 Thousands of people in central Italy have spent the night in cars, tents and temporary accommodation following the fourth earthquake in the area in three months, BBC reports.

The 6.6-magnitude quake - Italy's strongest in decades - struck close to the region where nearly 300 people were killed by a quake in August.

This time no-one appears to have died, but about 20 people were injured.

In the town of Norcia, in the Perugia region, close to the epicentre of Sunday morning's earthquake, some locals have decided to stay in their homes.

Others spent the night in tents pitched near the town or have taken up the authorities' offer of shelter on the Adriatic Coast.

Giuseppe Pezzanesi, mayor of Tolentino, said the small town had "suffered our blackest day yet".

"The damage is irreparable. There are thousands of people in the streets, terrified, crying. Let's hope that is an end to it, the people are on their knees psychologically," he said.

Central Italy has seen several major quakes in recent years. Earthquakes which devastated the town of L'Aquila in 2009 and Amatrice in August this year killed about 300 people each.

But they both measured only 6.2 and were deeper than Sunday's earthquake.