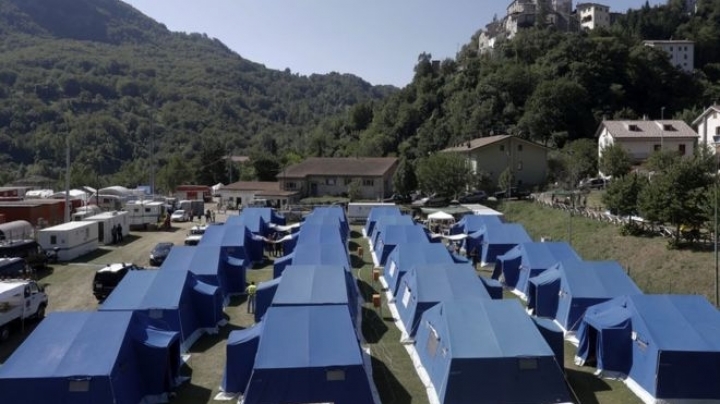 Italy plans to build simple, wooden chalet-style huts within three months for the 2,500 people displaced by the 24 August earthquake.

Italian media say the structures - used in Onna after a devastating 2009 earthquake - are favoured over tents, such as those currently being used, or converted shipping containers, BBC reports.

The 6.2-magnitude quake last Wednesday shattered Amatrice and two other towns in mountains north-east of Rome.
Some 290 people died in the disaster.

The authorities face the challenge of getting survivors into safe, warm accommodation before the winter, which can get very cold in the quake-hit region of the Apennine mountains.

Italy's Corriere della Sera newspaper reports (in Italian) that the wooden huts would be erected close to people's damaged or destroyed homes, which is where most of them want to be.

Despite the tented camps, some survivors still prefer to sleep in their cars, near their homes, fearing that looters could steal their possessions amid the rubble.

The wooden huts will have one or two bedrooms, a kitchen and bathroom, costing €1,400 per square metre. A small hut of 40 sq m would cost about €55,000 - much more than a container of similar size, Corriere della Sera reports.