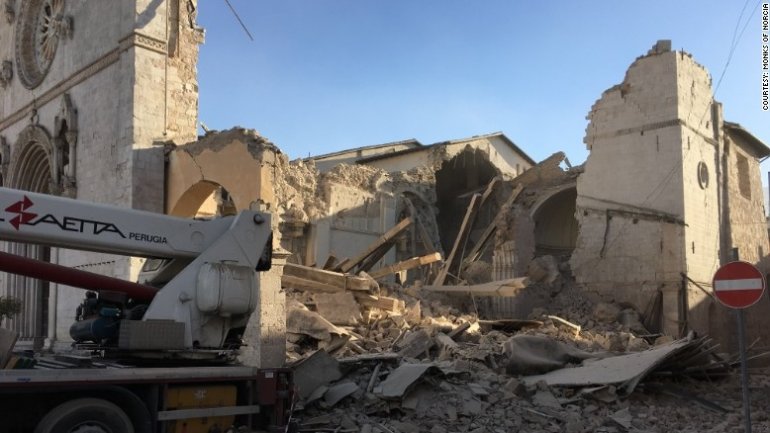 A powerful 6.6-magnitude earthquake rocked central Italy on Sunday morning, according to the United States Geological Survey, in the strongest tremor to hit the country in 36 years, CNN reports.

Residents ran onto the streets in a panic as the quake struck at 7:40 a.m. local time (2:40 am ET), and rescuers were seen in the area around crumbling historical buildings soon after the tremor hit, helping evacuate a group of nuns. They worked through aftershocks that hit every 20 minutes or so.

Fire and rescue services said six people were pulled from rubble in Norcia, some 6 kilometers north of the epicenter. There were no immediate reports of deaths or serious injuries.

Many residents in the region had already evacuated to emergency camps and hotel rooms paid for by the government after the tremors just days ago, and schools had shut down in anticipation of powerful aftershocks.

Sunday's earthquake struck at a depth of 10 kilometers (6.2 miles), according to USGS, making the epicenter relatively shallow. Generally, the more shallow the epicenter, the more a quake is felt at the earth's surface, and the more damage it is likely to cause.