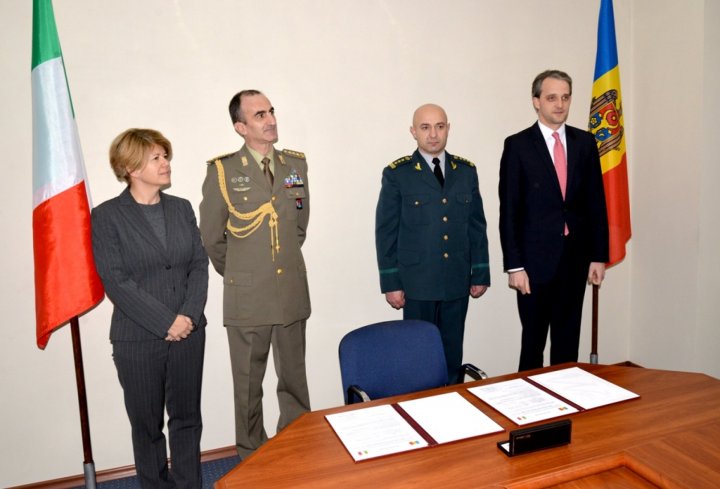 Italian Government has offered to the Armed Forces equipment and military technology.

The donation contract was signed today, during an event held at the Defense Ministry, attended by Ambassador of Italy to the Republic of Moldova, Valeria Biagiotti, and Italian military attache, colonel Andrea Tiveron.

With this occasion, Defense Minister Eugen Sturza expressed his gratitude toward Italy for the logistical assistance, specifying that those equipment and military technology will be used to improve the conditions and services of Moldova's army.

At the same time, Eugen Sturza appreciated the support offered by Italian Government to the Armed Forces's unit dispatched on the peacekeeping mission KFOR from Kosovo. For this, Moldova's Defense Minister has specified that Republic of Moldova wishes to increase the number of soldiers in the KFOR operations and requested the support of Italian partners to achieve this aim.

At the same time, Defense Ministry has mentioned the financial contribution Italy offered within NATO project to destroy pesticides and dangerous chemicals in the Republic of Moldova and training the military and public employees of the Armed Forces in educational institutions from Italy.

In his turn, Valeria Biagiotti declared that Italy is open for strengthening bilateral military cooperation, by launching new projects benefiting both defense institutions.