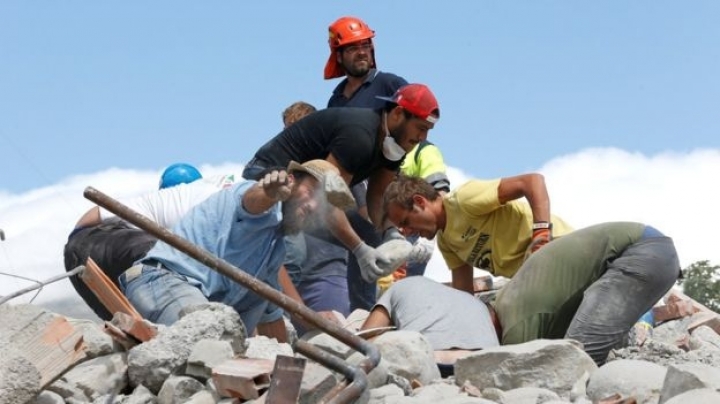 Italy has declared a state of emergency in the regions worst hit by Wednesday's earthquake as hopes of finding more survivors fade, reports BBC.

At least 268 people are now known to have died and 400 were injured. Teams have continued to search the rubble of toppled buildings for a second night.

However, hundreds of aftershocks have hampered the efforts of the 5,000 rescuers.

In addition to the funds, Mr Renzi cancelled taxes for residents and announced a new initiative, "Italian Homes", to tackle criticism over shoddy construction.

But he also said that it was "absurd" to think that Italy could build completely quake-proof buildings.

It follows criticism in the Italian press over building standards in high-risk areas. Some of the buildings that collapsed had recently been renovated.

Historic towns do not have to conform to anti-quake building regulations, which are also often not applied when new buildings are put up.

The 6.2-magnitude quake hit in the early hours of Wednesday, 100km north-east of Rome in mountainous central Italy.

The worst affected towns - Amatrice, Arquata, Accumoli and Pescara del Tronto - are usually sparsely populated but have been swelled by tourists visiting for summer, making estimates for the precise number missing difficult.

At least three Britons died in the quake, a local official in Amatrice told the BBC. The Romanian government said 11 of its citizens were missing.

Bodies are still being found in the town, including one discovered in the rubble of the Hotel Roma in the city late on Thursday.

An official with the fire department, Lorenzo Botti, admitted they were facing a race against time.

But other rescuers said there was still hope, noting that one survivor was pulled from ruins in L'Aquila in 2009 three days after an earthquake that killed more than 300 people.

Police have also arrested a man for attempting to break into and loot an empty home in the town, Ansa reported.

It seems unlikely too that this ancient little place, that has stood for centuries, can ever be rebuilt. Hundreds of years of history ended in an instant.