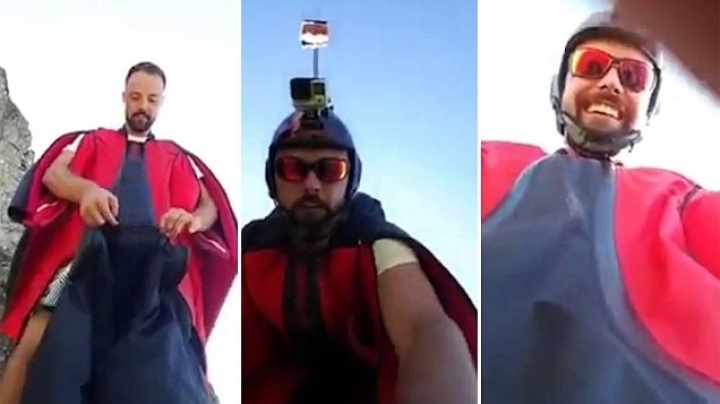 An Italian wingsuit pilot who crashed down to his death in the Alps was broadcasting his daring jump live on Facebook, it has emerged, DailyMail informs.

The 28-year-old, named locally as Armin Schmieder, told his fans 'today you fly with me' before his leap, from a mountain top near Kandersteg in Switzerland, ended in tragedy.

Images from a video posted online show the pilot readying his wingsuit before pocketing his phone and taking off.

After a few moments, a shout can be heard and the sound of impact. The Zurich daily Blick reports that followers watching the video reacted with horror.

Bern cantonal police said the body of a 28-year-old Italian citizen was recovered near Kandersteg, a popular BASE jumping location.

Police spokeswoman Jolanda Egger declined Saturday to confirm the man's identity.
She said the cause of the accident was still being investigated.
Blick reports that according to a a friend, Schmieder lived in Freiburg and had a young child.

The friend said: 'He was an experienced skydiver, but flew only a year with the wingsuit.'

Mr Polli was conscious when they arrived, but the gravity of his injuries meant the team was unable to keep him alive long enough to transport him to hospital.