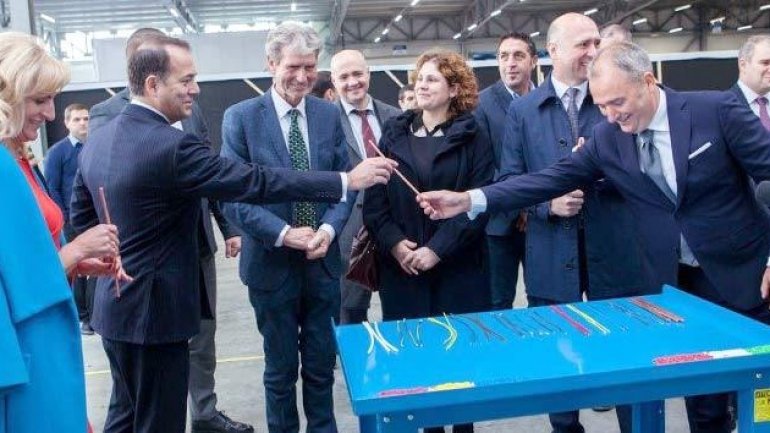 The Italian cable and wires manufacturer La Triveneta Cavi has inaugurated a new factory in Moldova's Straseni industrial park, following a €24 million investment supported by the European Bank for Reconstruction and Development (EBRD).

Moldova’s Prime Minister Pavel Filip said at the opening ceremony: “We have been trying to draw the attention of the international business community to Moldova, talking about the advantages and disadvantages of our economy, and stressing the opportunities and reforms. These and many other measures we are taking on a daily basis have a single goal – to attract more investors, local and foreign, to generate more employment. My government wants to be a partner for the private sector, creating jobs and prosperity for citizens. Ultimately these efforts culminate in significant occasions such as the one today.”

The new factory will produce low- and middle-voltage electrical cables for use in buildings, industrial processes, power distribution, telecommunications and data transmission. The planned output capacity is 12,000 tonnes per year, according to EBRD.

The factory will initially employ 49 people, with a planned expansion of the workforce to above 200 employees.

Fabio Fracasso, General Manager and member of the Board of Directors of La Triveneta Cavi, said: “This is a first achievement which will start a virtuous circle of employment, which means more work, more production, more markets as well as an increase in turnover.”

Founded in 1965, La Triveneta Cavi has become one of the major players in the European market for low- and medium-voltage cables for industrial and home use, power distribution and renewable technologies.

Dimitri Gvindadze, Head of the EBRD office in Chisinau, added: “The EBRD is pleased to have played a role in supporting La Triveneta Cavi’s investment in Moldova.

This loan to La Triveneta Cavi is the EBRD’s third investment in Moldova’s cable sector. The Bank has previously financed the expansion of the German automotive component supplier Draexlmaier and the construction of a greenfield plant by the Austrian automotive cables manufacturer Gebauer & Griller, both located in the Free Economic Zone of Bălți, the country’s second largest city.

The EBRD is the largest institutional investor in Moldova with over €1.1 billion of cumulative investment in over 110 projects in agribusiness, energy, the financial sector, infrastructure and manufacturing.

The EBRD’s strategic plan for the countries where it invests for the period 2016-18 has three priorities: strengthening economic resilience, addressing global challenges and supporting regional integration, The Financial reports.