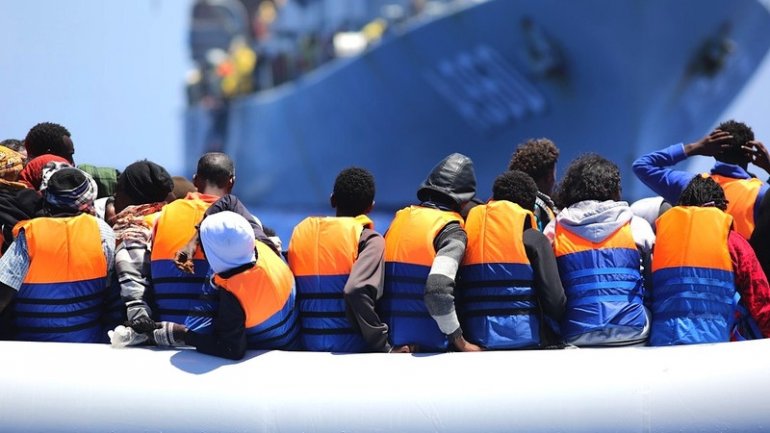 Rescuers pulled 5,700 migrants and refugees to safety during dozens of operations Friday and Saturday in the Mediterranean Sea, the Italian coast guard said, reports CNN.

But 14 bodies were recovered in a span of two days, the coast guard said.

On Saturday alone, 2,400 migrants were rescued in the central Mediterranean in more than 20 operations involving ships from nongovernmental organizations and the Irish Navy, according to the Italian coast guard.

On Friday, 3,300 migrants and refugees were rescued off the coast of Libya in 24 operations, the Italian coast guard said.

That operation was a coordinated effort by the coast guard, the European Union Naval Force and nongovernmental organizations, the coast guard said via Twitter.

Libya is a popular jumping-off point for migrants seeking to reach Europe from North Africa via what is known as the Central Mediterranean route. Smuggling networks are well-established there, and the lack of an effective central government makes the job of traffickers easier.

But the crossing can be treacherous, with too many migrants - some fleeing war or persecution, others seeking a better life - crammed into what are often barely seaworthy boats.

According to the EU border agency Frontex, the number of migrants crossing the Central Mediterranean fell to nearly 12,700 in September, down 40% from the previous month due to poor weather conditions, but the overall trend for the first nine months of 2016 is in line with 2015.

Most of them were rescued off Libya, the agency said in a statement Friday.

Between January and September, 127,600 migrants headed to Italy via the Central Mediterranean route, the agency said.

Nationals from Nigeria and Guinea accounted for the largest share of those in September, Frontex said.

Doctors Without Borders, or Medecins Sans Frontieres, is among those involved in rescue operations off Libya.

Its ship, the Argos, picked up 802 people Thursday from six rubber boats and one small wooden boat.

Doctors Without Borders also responded to a pre-dawn rescue Saturday morning, describing it as "awful."

The organization has called for European nations to provide safe and legal channels for people seeking asylum, so they do not have to risk their lives trying to reach European shores.
AFLĂ imediat Știrile Publika.MD. Intră pe Telegram