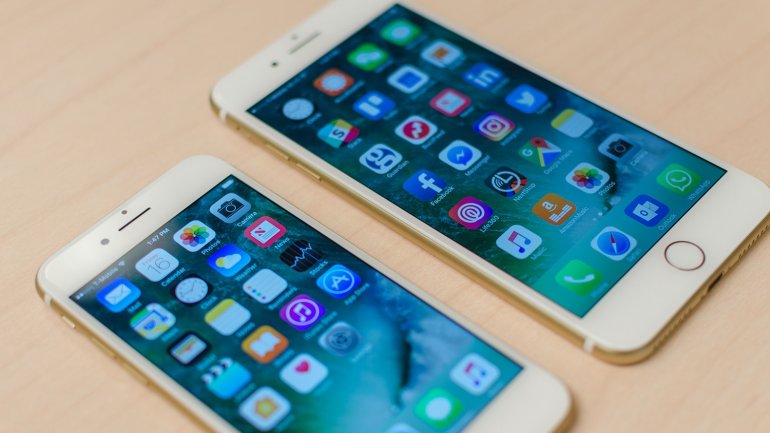 The latest Apple Inc. smartphones that run on Verizon Communications Inc.’s network are technically capable of downloading data faster than those from AT&T Inc. Yet in testing, the two phones perform about the same, according to researchers at Twin Prime Inc. and Cellular Insights.

Neither firm is clear on the reason, but Twin Prime says it may be because Apple isn’t using all the potential of a crucial component in the Verizon version.

“The data indicates that the iPhone 7 is not taking advantage of all of Verizon’s network capabilities,” said Gabriel Tavridis, head of product at Twin Prime. “I doubt that Apple is throttling each bit on the Verizon iPhone, but it could have chosen to not enable certain features of the network chip.”

“Every iPhone 7 and iPhone 7 Plus meets or exceeds all of Apple’s wireless performance standards, quality metrics, and reliability testing,” Apple spokeswoman Trudy Muller said. “In all of our rigorous lab tests based on wireless industry standards, in thousands of hours of real-world field testing, and in extensive carrier partner testing, the data shows there is no discernible difference in the wireless performance of any of the models."

It would be an unusual step for a major phone company to restrain its devices. Normally, companies battle to make the fastest, most reliable handsets. Apple may be doing this because it wants to ensure a uniform iPhone experience, according to analysts.