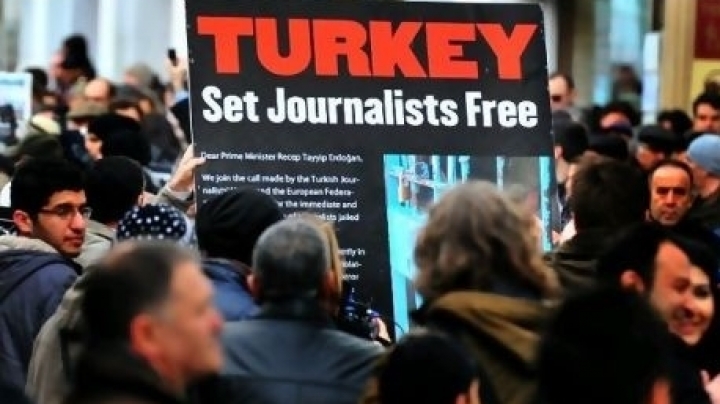 An Istanbul court placed 17 Turkish journalists under arrest for links to Islamic cleric Fethullah Gulen, whom the government blames for this month's failed coup.

The court charged the journalists with "membership in a terror group" on July 29, Turkish media reported.

Gulen, who lives in exile in the U.S. state of Pennsylvania, and groups affiliated with him deny that they are terrorists or that they had anything to do with the July 15 coup attempt.

The court freed four journalists linked to Gulen, who advocates for a free press, but remanded 17 into custody ahead of trial on terror charges.