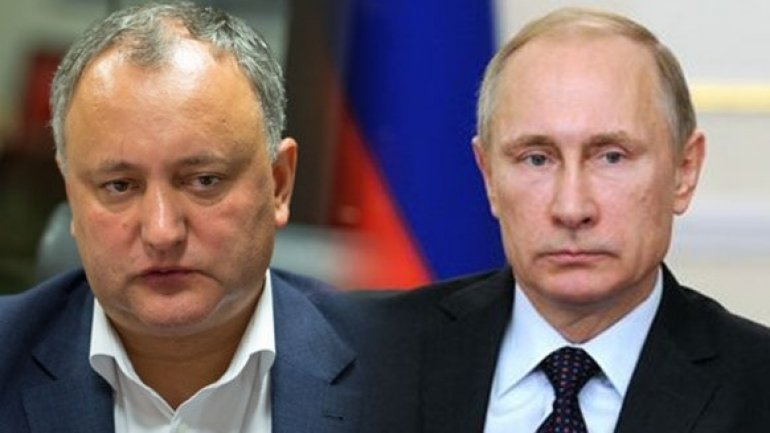 Russian President Vladimir Putin meets with his Moldovan counterpart Igor Dodon today to discuss the Transnistrian settlement as well as economic, trade, humanitarian and cultural cooperation between the two states, according to the Kremlin's press service.

Kremlin spokesman Dmitry Peskov noted that Putin devoted his attention to the preparations for the talks. Peskov also reminded that it had been a long time since the latest high-level Russia-Molova talks were held and noted that the visit to Russia would be Dodon’s first foreign trip as the president.

In late December, Dodon said that he intended to discuss resumption of Moldovan good’s delivery to the Russian market as well as the issue of migrant workers in Russia, as, according to different estimates, some 500,000 Moldovan nationals work in Russia.

Also in December, Russian Deputy Prime Minister Dmitry Rogozin said he believed that the meeting of the two presidents may become the key to resolution of all issues, that had accumulated in the relations between the states.