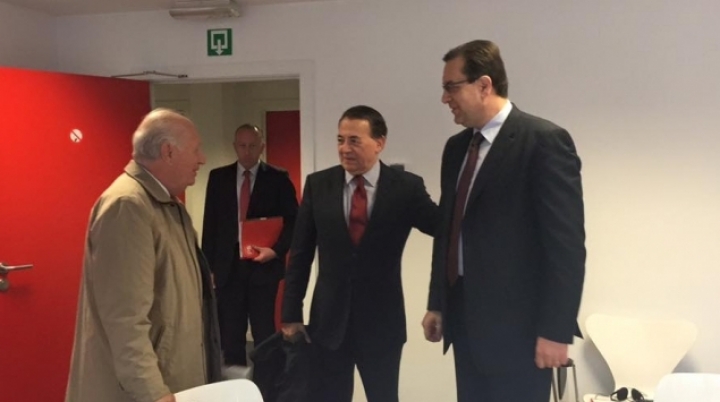 The president of the Democratic Party of Moldova (PDM), Marian Lupu, paid a working visit to Berlin. The PDM leader met with Bundestag representatives and high-rank officials.

“The PDM, in its capacity of a member—associate of the European Socialists (PES), has assumed the responsibility to speed up the dialogue with our European partners, by attaining the objectives from the ruling program, and at a bilateral level, with the EU member states. And this dialogue may be better shaped through the agency of and with the help of our Social-Democrat colleagues from EU member states," Marian Lupu said.

PDM leader Marian Lupu made the statement at the discussion with the leadership of the German Social-Democratic Party.

Marian Lupu told the German MPs about the social, political and economic situation in Moldova.

”The commitments the PDM assumed as a party of the ruling coalition are based on Moldova’s objective of European integration, as the political stability eases the country’s European agenda,” Marian Lupu said.

The PDM leader offered guarantees as to the implementation of the priority reforms.

The SPD representatives had a positive message for Moldova, agreeing to systematize the political dialogue between the two parties.

The relations with IMF, the economy reforms and strengthening the banking sector were the key issues touched upon by the PDM leader and Mrs. Ute Kochlowski-Kadjaia, the chairwoman of the German Economic Union for Eastern Europe.