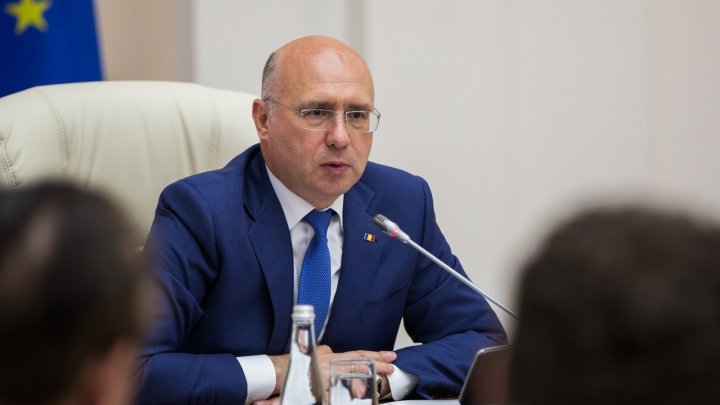 The problems of the business environment and the ways of solving them were discussed today at the meeting between Prime Minister Pavel Filip and representatives of over 40 large domestic producers.

The Head of the Executive emphasized that dialogue and collaboration with the business environment are the main pillars in the Government's work and the key to success in creating a favorable investment climate. "Help us to secure together a more attractive business environment," said Pavel Filip.

The prime minister said that he has always opted for an open dialogue with businesspeople, to learn from the first source about the problems they face and to find together solutions to overcome them. To this end, the Economic Council was strengthened by the Prime Minister, which increased to 71 members, 34 of whom are business associations. Several initiatives to support business have been developed and promoted on this platform.

Pavel Filip expressed gratitude for this constructive collaboration and reviewed the main reforms of the Government. Among them, reducing the number of permissive acts from 416 to 151. At the same time, the implementation of the unique electronic counter for permissive acts is completed, which will further reduce the human factor and costs for business. Since June, the first 25 permits will be available through the single window shop.

Another important issue discussed was the approval of amendments to the Labor Code, in particular the introduction of more flexible employment and redundancy conditions. In parallel, a new Labor Code is being developed, which will further liberalize the labor market and stimulate the creation of businesses and jobs.

Pavel Filip also referred to the pro-business package, the judicial reform, the anti-corruption actions and the banking system. "Sure, we want to do more, but I firmly believe that the actions taken so far have laid the foundations for sustainable economic development," the prime minister said, inviting business people to an interactive discussion.

Business representatives have thanked for the opportunity to have this discussion with the Government and talked about issues that create impediments to business development.

Among them - shortage of skilled workers, exporters' losses due to the strengthening of the national currency, wage and procurement issues, export of animal products on the EU market, liberalization of the car transport market. Some proposals have been made, such as exempting employers from paying taxes on the employment of young specialists, which would stimulate the training of qualified staff.

Prime Minister Pavel Filip appreciated the sincere and constructive character of the discussions and mentioned that the rational proposals from the business will be taken into account until the drafting of the Government Decisions or the respective draft laws.

At the same time, the prime minister said that the problems and opinions presented during the meeting will be thoroughly examined by the Economic Council in order to identify
AFLĂ imediat Știrile Publika.MD. Intră pe Telegram