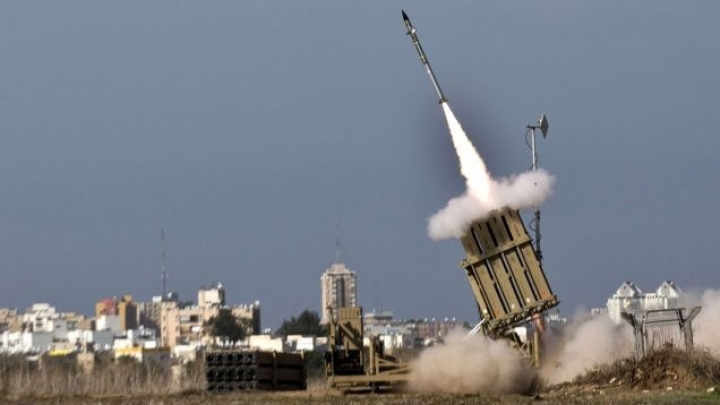 Israel's Iron Dome missile defence system destroyed a rocket fired from Syria at the Israeli-held zone of the Golan Heights Saturday in an apparent rise in tension between the uneasy neighbours.

"A projectile fired from Syria was intercepted by the Iron Dome aerial defence system. No injuries have been reported," a military statement said.

"This is the first time that fire from Syria has been intercepted by the Iron Dome aerial defence system," a military spokesman told AFP in response to a query.

It was a marked departure from recent tit-for-tat artillery fire and occasional retaliatory air strikes.

Israel deployed batteries on its northern flank as a precautionary measure after a 2015 Israeli air strike against the Lebanese Shiite Hezbollah group's forces in Syria.

Israeli public radio said that the military believed the fire from Syria was an unintentional spillover from the country's complex civil war which is now in its sixth year.