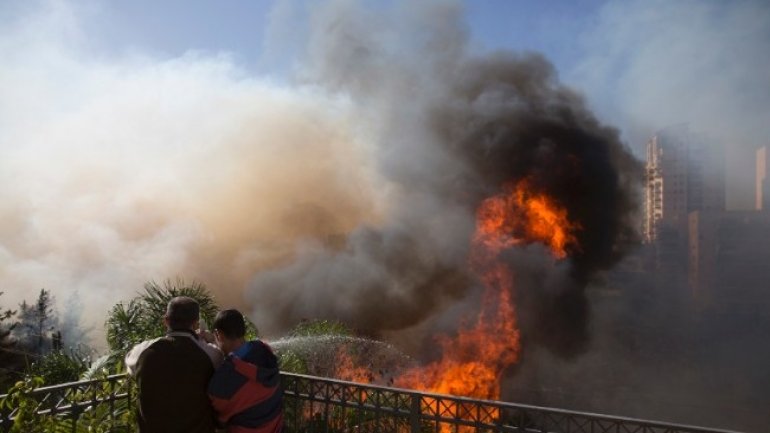 Police have detained 23 people on suspicion of arson in connection with wildfires that swept across central and northern Israel this week, said police spokeswoman Luba Samri, according to CNN.

Firefighters have dealt with more than 250 large fires since last weekend, according to Yoram Levi, spokesman for Israel's Fire and Rescue Services.

Ran Sheluf, head of the investigation unit of the Israel fire and rescue services, said the total number of fires reported to authorities was over 1,500 fires.

On Saturday, Prime Minister Benjamin Netanyahu called Palestinian President Mahmoud Abbas to thank him for sending fire trucks and personnel to fight the blazes, according to the Prime Minister's Office.

Netanyahu heralded the fact that Jews and Arabs alike opened their homes to victims of the fire.

Tens of thousands of residents of the Israeli port city of Haifa, who had been evacuated as wildfires closed in, were allowed to return home Friday. Authorities had ordered the evacuation of 60,000 people there as fires menaced 11 neighborhoods.

Mayor Yona Yahav said Thursday that 700 homes in the city had been damaged or destroyed. He described the scale of the fire as "unprecedented in Haifa."

The blazes scorching northern Israel began in the northern community of Zichron Ya'akov, about 35 kilometers north of Haifa. The fire there, which has now been extinguished, was definitely arson, according to Uri Chobotaro, of the Coast region fire and rescue services.