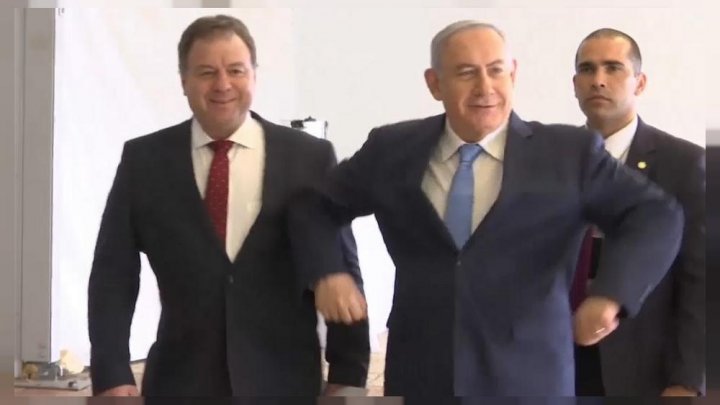 One of her fans, a fellow musician, was delighted that a plus-sized woman had won.

"She is voluptuous, she is so beautiful and she is an example for all the plus-size ladies all over the world, they can win, we can win ladies," Adi Doron said.

Israel's Prime Minister Benjamin Netanyahu said Netta was "wonderful" - but he was unlikely to have been impressed by Microsoft's mistranslation of his Hebrew tweet.

"Neta you're a real cow. You have brought much respect for the State of Israel! Next year in Jerusalem!"

It was later changed to: "Netta, you're such a darling."

Hoever, going into his Sunday cabinet meeting Bibi couldn't resist a stab at the "chicken dance."