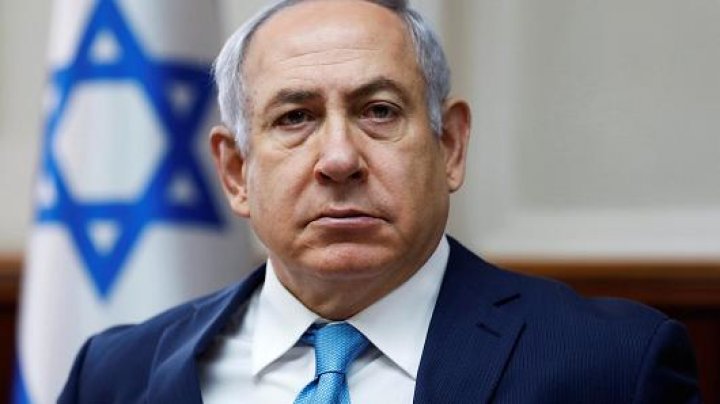 “These files conclusively prove that Iran is brazenly lying when it says it never had a nuclear weapons program,” he says at a press conference in Tel Aviv. “The files prove that.”

He says the US has vouched for the authenticity of the secret archive obtained by Israel, and that it would make the documents available to the UN atomic agency and other countries.

Netanyahu says he will reveal “new and conclusive proof” that Iran lied about the nature of its nuclear program and tried to hide it, writes The Time of Israel.

“After signing the nuclear deal in 2015 Iran intensified its efforts to hide its nuclear files,” he says in a press conference.

“In 2017 Iran moved its nuclear files” to highly secret location in Iran,” he says, showing a picture of the archive in Tehran.

He says the 55,000 pages of files were obtained by Israel in “a great intelligence achievement.”

US President Donald Trump has long threatened to scrap the deal, which was reached under his predecessor, Barack Obama, writes BBC.

Zarif wrote: “You can only fool some of the people so many times.” He also copied the photo of the graphic of a bomb that Netanyahu showed during his speech at United Nations General Assembly from 2012.

During the 2012 United Nations General Assembly, Prime Minister Benjamin Netanyahu used a graphic of a bomb to show the progress Iran had made during his speech. He said it had already completed the first stage of uranium enrichment and called for global action against Iran’s nuclear program.

The tweet was posted before Netanyahu’s live television address from the Israeli Defense Ministry in Tel Aviv on Monday, during which he accused Iran of having a comprehensive nuclear weapons program.