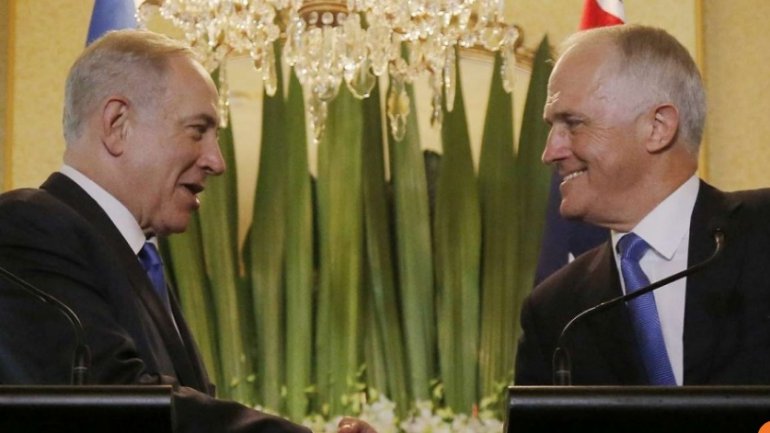 Israeli PM Benjamin Netanyahu has thanked Australia for defending his nation against UN resolutions during a historic visit to Sydney, according to BBC.

Mr Netanyahu on Wednesday became the first sitting Israeli PM to make a trip to Australia.

He arrived hours after Australian PM Malcolm Turnbull wrote an article criticising the UN for "one-sided resolutions" unfavourable to Israel.

Last week, US President Donald Trump broke with decades of US foreign policy by not committing explicitly to backing a future independent Palestine.

Mr Netanyahu is in Australia for talks about expanding co-operation in cyber security, technological innovation and science.