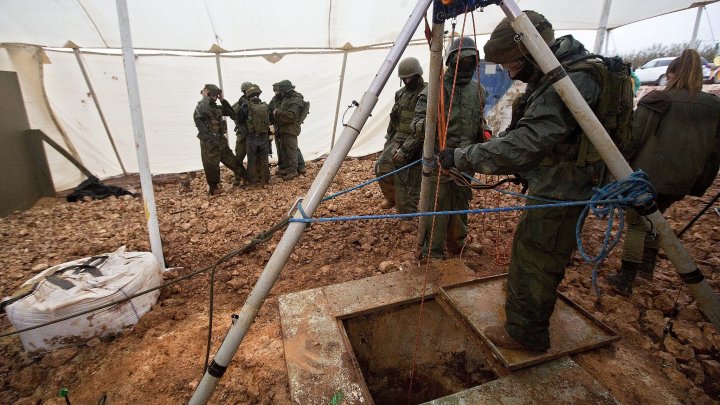 The Israeli military says it has begun destroying a network of cross-border tunnels built by Lebanon's Hezbollah militant group.

The Israeli Defence Forces released video of what they said was one of the tunnels being destroyed on Thursday night.

Israel this month announced the discovery of the tunnels, which it says were part of a Hezbollah attack plot.

So far, it has uncovered four tunnels in an open-ended operation meant to destroy the entire network.

The Israeli military said Thursday that forces have begun destroying the tunnels in a new phase of the operation.

They would not say how many tunnels were being targeted, but said forces were working at more than one location.

The military said each tunnel will take many hours to destroy, and all activity is taking place in Israeli territory.

Israel and the U.N. say the tunnels violate a 2006 cease-fire resolution.