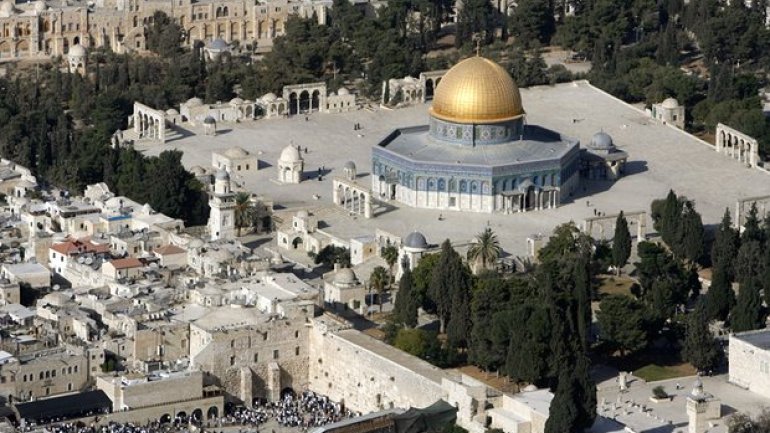 Israel has suspended ties with UNESCO, the UN body in charge of preserving culture and history, after a draft decision that Israel says ignores Judaism's ties to the religion's holiest site, reports CNN.

The draft decision notes the importance of Jerusalem to all three monotheistic religions - Christianity, Judaism and Islam - but makes no mention of why the city is significant to Christians or Jews. A subsidiary body of UNESCO's Executive Board passed the resolution Thursday in Paris.

It refers to Jerusalem's holiest site - known to Jews as the Temple Mount and to Muslims as Haram al-Sharif, or Noble Sanctuary - only by its Muslim name.

The draft decision, which largely criticizes Israel's actions in Jerusalem, the West Bank and Gaza, was proposed by a group of Arab countries and drew harsh rebukes from Israel and the United States.

In a letter from Israeli Education Minister Naftali Bennett following the vote, Israel announced it will freeze all professional activities with UNESCO.

The United States stopped funding UNESCO in 2011 over the organization's acceptance of a Palestinian bid for full membership. Washington had contributed $80 million a year to the organization before then.

In April, UNESCO passed a similar decision that Israel and other countries also harshly criticized.

This week's resolution, put forward by Arab countries including Egypt, Algeria and Qatar, was adopted by a 24-6 vote, with 26 abstentions.

Responding to Israel's criticism in a statement, UNESCO Director-General Irina Bokova suggested she wasn't pleased with the decision.

Bennett, the Israeli education minister, welcomed Bokova's statement but said it wasn't enough, calling on UNESCO to cancel the decision. "Words are important, but they are not a replacement to the actions of the organization she heads."

The draft decision will go before a full plenary of the UNESCO Executive Board on Tuesday. It will either be adopted unanimously, or be the subject of further debate and a possible vote.
AFLĂ imediat Știrile Publika.MD. Intră pe Telegram