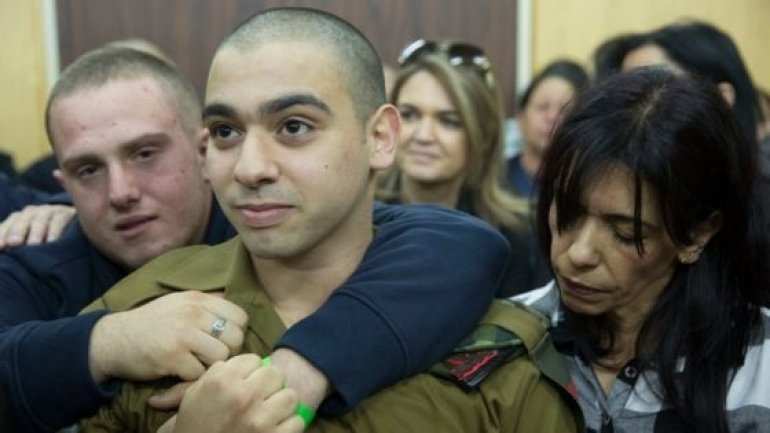 Police in Israel have arrested two people accused of inciting violence against judges who convicted a young soldier of manslaughter for shooting dead a wounded Palestinian attacker, BBC informs.

The military court's decision to convict Sgt Elor Azaria on Wednesday has sharply divided opinion, with some threatening the judges online.

The three judges who ruled on the case have been given a security detail.

Prime Minister Benjamin Netanyahu has backed calls for a pardon for Azaria.