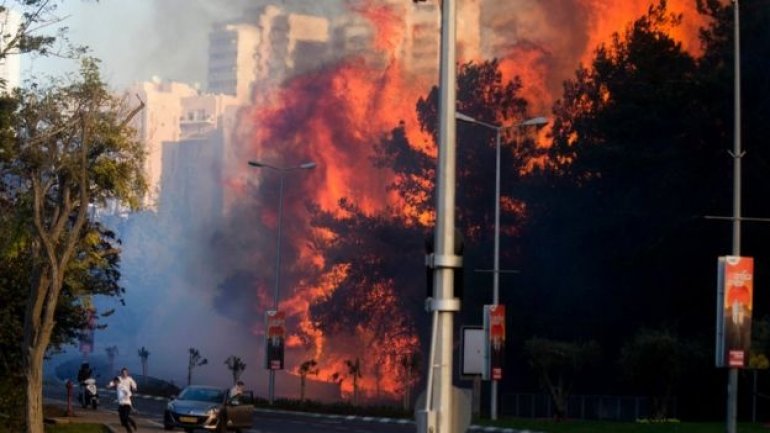 About 80,000 people have been told to evacuate their homes as wildfires swept into Israel's third largest city of Haifa, BBC reports.

The fires follow a two-month drought and are being fanned by strong winds in the north of the city.

Wildfires are also threatening homes near Jerusalem and in the West Bank.

Israel's police chief said arson was suspected in some cases and PM Benjamin Netanyahu said any such attacks would amount to "terror".

"Every fire that was the result of arson or incitement to arson is terror in every way and we'll treat it as such," he was quoted by Haaretz newspaper as saying.

"Anyone who tries to burn parts of the state of Israel will be severely punished."

Police chief Roni Alsheich said that if fires had been started deliberately it was "safe to assume... it is politically-motivated''.